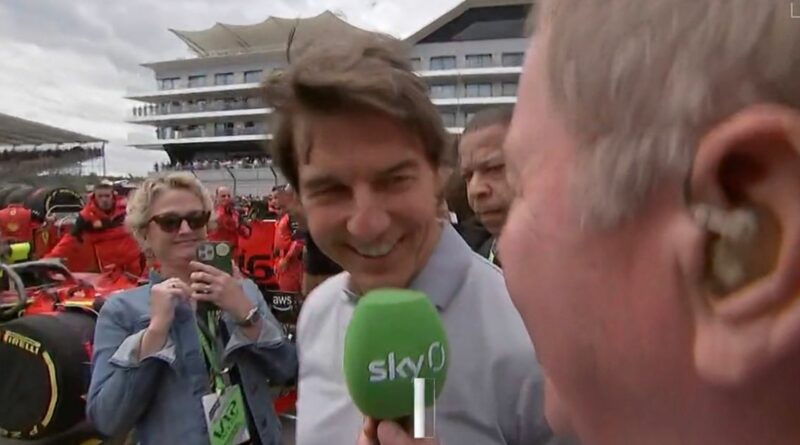 Martin Brundle bumped into stars of screen, music and sport during his grid walk ahead of the British Grand Prix at Silverstone.

Brundle, whose pre-race ambles up and down the F1 grid have become the stuff of legend, spoke to musician Stormzy, actor Damien Lewis, Liverpool footballer Trent Alexander-Arnold and chef Gordon Ramsey.

The Sky Sports commentator was greeted warmly by the quartet, but an exchange with Hollywood actor Tom Cruise was a little more awkward as Brundle tried to muscle his way in amid the scrum that was surrounding the Top Gun and Mission Impossible star.

READ MORE: Martin Brundle snubbed Nadine Dorries on F1 grid as he didn't know who she was

Brundle managed to ask who he was rooting for, with Cruise’s reply of “Lewis, always” only just audible.

“Anybody catch what Tom was saying?,” asked one Twitter user while another joked: “It’s a Scientology trick where a Thetan Level 9 speaks and audio is not detectable but artificial means.”

But one fan praised Cruise for making time for Brundle, saying: "Say what you want about Tom Cruise, but he’s the biggest movie star in the world and he still has time for Martin Brundle, puts those z-listers who won’t chat to shame."

What's your favourite Martin Brundle grid walk moment? Tell us in the comments section below. Cruise will have been happy with what he saw in the race as Hamilton produced his most competitive performance of the season so far as he took third.

The Brit was in the fight for victory in the closing stages following a late safety car but after Carlos Sainz barged his way past Ferrari team-mate Charles Leclerc on the restart, the Spaniard pulled clear.

Hamilton, Leclerc and Red Bull's Sergio Perez then engaged in a thrilling battle for the final steps on the podium. In the end, Perez took second ahead of Hamilton, with Leclerc having to settle for fourth. 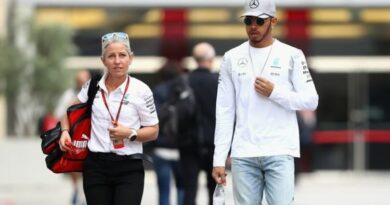