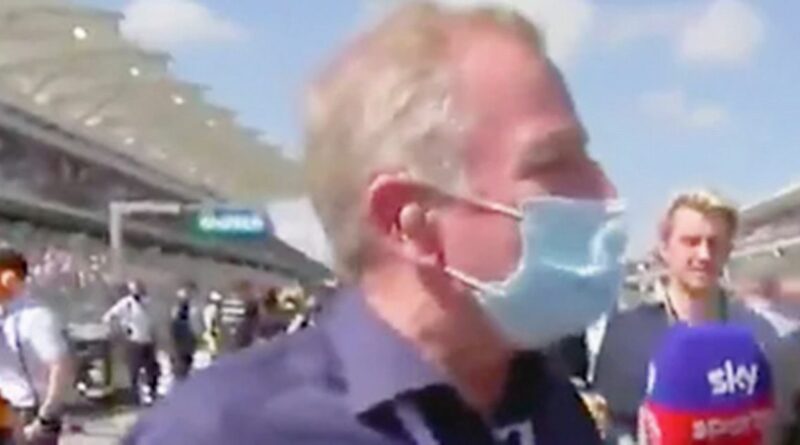 Martin Brundle was back doing his famous grid walk for Sky Sports at the US Grand Prix, but things didn't quite go according to plan.

The popular commentator had become renowned for parading up and down the track before races, grabbing impromptu interviews with drivers and celebrity spectators, before his regular gig became forbidden two years ago due to the Covid-19 pandemic.

However, he was back with microphone in hand at the Circuit of Americas, only to be awkwardly snubbed by a number of celebrities, including tennis legend Serena Williams and rapper Megan Thee Stallion.

Brundle approached Williams, 40, on two occasions, the first while she was talking to Rory Mcllroy and then when she later walked towards him on the track,.

However, neither proved successful, with the entourage of the 23-time Grand Slam champion clearly unhappy by Brundle's attempts to grab some talk time.

It made for some cringe-worthy live television, with the 62-year-old trying to make light of the brush-off by saying "It's a double fault."

His attempt to interview musician Megan Thee Stallion also failed to get off the ground when one of the artist's entourage intervened to usher him away saying: "you can't do that".

Brundle then commented, "I can do that, because I did".

And now Brundle, who raced for the like of Williams, Benetton, and McLaren in a 13-year F1 career, has demanded more 'respect' from those fortunate enough to be present on a grid at a Grand Prix.

"I have felt under pressure on the grid before but by people called Senna, Prost, Schumacher, Mansell, Piquet and so on," he wrote on Twitter.

"Bodyguards visiting the grid for the first time don’t bother me, everyone’s got a job to do, but they could maybe learn some manners and respect on our patch."

Indeed, the majority of Brundle's 768 thousand followers sympathised with him, with @RyIsntOnline replying: "Why the hell does she need bodyguards on the grid walk? I'm assuming that pre checks are done before you are given the privilege to go there."

@LAP_Racing added "There was no need for them nor the big guy. The F1 paddock and grid is the safest place for celebs there. The only reason they have their entourage is because they are surrounded by people richer and more famous than them. They do what they can to get noticed."

Even Jeremy Clarkson weighed in, telling Brundle "I think it’s hilarious and your response was bob on."

Brundle did at least find a willing talker in golf star Mcllory, who was in Austin as a guest of Aston Martin. 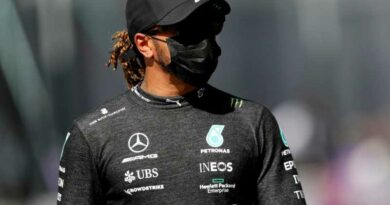