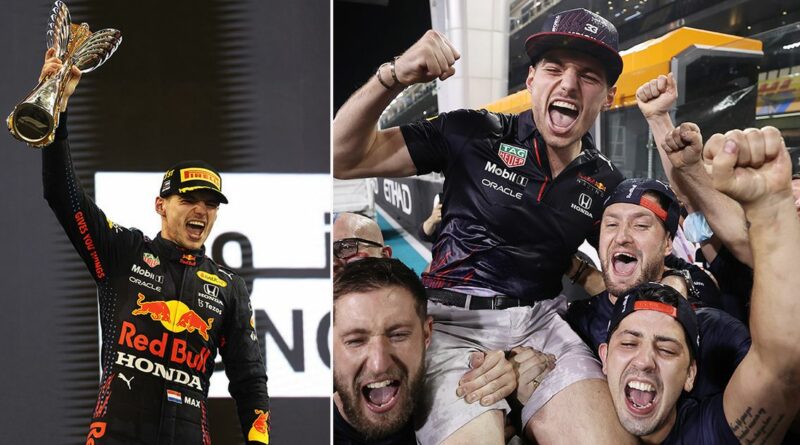 Newly crowned world champion Max Verstappen had every reason to celebrate after beating Lewis Hamilton to his maiden Formula 1 title, but even he admits the post-race revelry went too far.

That was after race organisers ordered lapped cars to overtake a late safety car and pave the way for a final-lap shootout between the leading pair, where Verstappen emerged as victor despite Hamilton dominating throughout in Abu Dhabi.

'The Decider in the Desert' will live forever in the memory of F1 fans, not least because it saw Mercedes ' seven-year grip on the drivers' title come to and end.

And while the evening itself may have been fun, Verstappen conceded that he was paying the price on Monday.

“All the emotions they come out,” he said during a Zoom call on Monday. “So it was a lot of fun. Of course when I woke up it wasn’t so fun. I maybe regretted that final drink.”

The Dutchman's triumph was confirmed after Mercedes saw each of their protests dismissed on Sunday, denying Hamilton a record-breaking eighth world title in the process.

The 36-year-old therefore remains level with F1 legend Michael Schumacher on seven trophies apiece ahead of the 2022 season.

Who do you think will be crowned F1 world champion in 2022? Let us know in the comments section.

Instead, fans witnessed the beginning of the Verstappen era in earnest, with Red Bull 's man now looking to start his own period of dominance in the sport.

Despite the rivalry between the two teams and the contentious result, Verstappen also said Mercedes team principal Toto Wolff had reached out to congratulate him on his victory.

“Toto sent me a text — congratulations on on the season and that I deserve to win it,” he added. “So that was very nice of him, of course. Emotions run very high to that last lap from both teams. It is what is is. We will see."

Video emerged of the Mercedes chief crowd-surfing in an Abu Dhabi club late on Sunday night, suggesting Wolff had gotten over the controversy fairly swiftly.

It's only three months until the biggest rivalry in modern motorsport resumes with the Bahrain Grand Prix in March 2022, but Verstappen will have plenty of time to revel in his feat before then.

Red Bull team principal Christian Horner said before Sunday's finale that Verstappen is a man of simple tastes, who spends much of his free time playing Playstation.

One would think the new king of F1 will find some alternative distractions in the months to come, and deservedly so after beating out the best to overtake Hamilton at the sport's pinnacle. 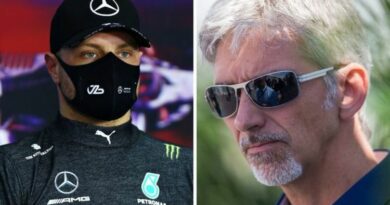