Max Verstappen and Lewis Hamilton have been accused of ‘playing dumb’ in Sunday’s frantic Saudi Arabian Grand Prix. Both drivers crashed during the race in Jeddah. And former champion Jacques Villeneuve has had his say on the incident.

Verstappen went into the back of Hamilton during the frantic race, which resulted in a retrospective penalty for the 24-year-old.

But while the Belgian-Dutch driver has been criticised for his driving style, Villeneuve has now defended him.

Instead of focusing solely on Verstappen, the former F1 champion believes both men were ‘playing dumb’ during the battle.

“Someone slows down in front of you, you overtake,” he told Motorsport.com.

“The problem is those stupid DRS lines. And Lewis didn’t want to cross the DRS ahead of Max.

“He knew Max was letting him by.

“He just didn’t want them Max to have the DRS for the next straightline, because Max would have overtaken him, so they both played dumb there.”

Villeneuve took aim at the standard of the race, too, accusing it of being ‘rental karting’.

“Everything was wrong. So I’m not sure what to say.

“I don’t know. I mean, I think today Frank [Williams] would have turned in his grave, seeing this race.

“And then when you see the team principals, everybody is shouting, and putting pressure even on the marshals and so on, that becomes ridiculous. It really has become ridiculous.

“It was great for the fans. So that probably will increase the viewership. Which is great for F1. But we’re starting to get away from the sport, that’s all. So ultimately, it depends if you’re a purist or not.”

While many F1 fans are enjoying the ferocity of Hamilton and Verstappen’s rivalry, Villeneuve is hoping the decider in Abu Dhabi this weekend will be a calmer affair.

“But with the engine that Lewis has, every track is a Lewis track now. I just hope we have a nice clean race.

“And may the best man win, and not anything like today, not Hollywood, at least not in the last race.

“We already got our Hollywood hits this year.”

Meanwhile, though Villeneuve has hit out at both Hamilton and Verstappen, Martin Brundle believes the Red Bull star is risking his legacy.

“The FIA’s only way to control him is with endless reviews and occasional penalties,” he said.

“He’s been playing the game given that, with his points advantage, Lewis Hamilton simply can’t afford to have an accident with him and lose an opportunity to reduce the points deficit.

“Even now despite being absolutely level on points going into the final round, for the first time in F1 since 1974, that remains the case given that he has a 9-8 race victory tally should there be a count-back.

“Such is Max’s car control and cunning he’s sometimes able to pull off the audacious moves and leave a margin of doubt as to whether it’s hard racing or simply a professional foul outside of the regulations.

“And it’s those moments, such as the infamous turn four in Brazil, which are generating the confusion, controversies and inconsistencies.

“I’m in awe of Verstappen’s driving skills and racing nous, and have championed him since the Chinese Grand Prix of 2015 when he was in the Toro Rosso.

“His touch and control behind the wheel is something to behold, but it saddens me that he’s resorting to such tactics, he’s better than that.

“And for all his carefree attitude it will be such a shame if his legacy is to be labelled as an unfair driver.” 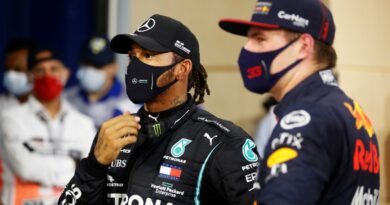 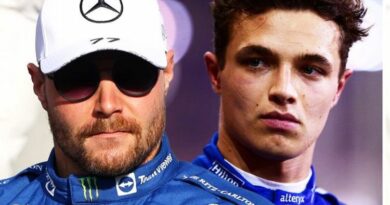 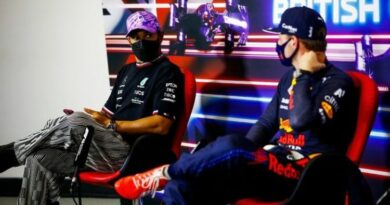