Red Bull and Max Verstappen have been issued a warning ahead of this weekend's Barcelona Grand Prix with Ferrari set to utilise an upgrade package as they seek to respond.

Ferrari and Charles Leclerc still lead the way in the standings for both championships but have seen their advantages significantly reduced following back-to-back wins for Verstappen at Imola and Miami.

Miami saw similar success for Verstappen, though Perez saw a podium opportunity snatched away by engine problems, with Ferrari's lead now standing at just six points in the Constructor's Championship.

Leclerc, meanwhile, has a 19-point advantage in the Driver's Championship, having previously led his rival by over 40 points, but his hopes of a response in Catalonia are boosted by Ferrari's upgrades for the weekend.

La Gazetta dello Sportstates Ferrari will travel to Barcelona with a new floor for their F1-75 cars, along with other upgrades that should benefit both Leclerc and Carlos Sainz.

Ferrari already tested their new floor in Monza and it's suggested that it could result in a gain of three to four tenths per lap, which will provide a huge benefit against the Red Bull's who boast being the fastest cars on the track.

HAVE YOUR SAY! Will Charles Leclerc beat Max Verstappen to the title? Comment below.

Team principal Mattia Binotto had teased the upgrades for Barcelona following the Miami Grand Prix earlier this month, saying: “In the next races it will be at least our turn to try to develop as much as we can the car by introducing upgrades. I think it’s not a surprise that we may have a package in Barcelona which will be important for us."

Ferrari have not utilised many upgrades so far this season, a stark contrast to rivals Red Bull who have reportedly already spent around 75% of their season budget for upgrades in the opening five races of the season.

Crucially, the upgrades could provide a significant boost to Sainz, who has struggled for consistency this season but has a big part to play if Ferrari are to finish the season victorious. 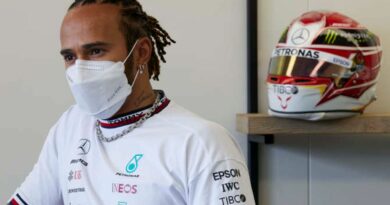