Max Verstappen has insisted that he will put the disappointment of his high-speed crash with Lewis Hamilton at this month’s British Grand Prix to one side and do his talking on the track at the next race in Hungary on Sunday. The Red Bull man, who currently leads his Mercedes counterpart in the Drivers’ Championship order, was sent crashing into the barriers on the first lap at Silverstone to shatter his hopes of a fourth consecutive victory.

Hamilton was duly awarded a ten-second penalty, but mounted a remarkable comeback to seal a famous win on home turf after taking the lead from Charles Leclerc of Ferrari with just two laps remaining.

Verstappen was taken to hospital for precautionary checks after his early retirement, with the 23-year-old showing no hesitation in venting his frustrations on Twitter.

He suggested that the post-race celebrations led by Hamilton and Mercedes were disrespectful and excessive given the circumstances, and admitted that he was angered by the ‘dangerous’ on-track move attempted by his rival.

Red Bull team principal Christian Horner was also furious with the seven-time world champion, lamenting his decision to move up the inside at Copse corner and suggesting that his punishment did little justice.

The fallout from the incident is still raging on behind the scenes, with Red Bull lodging a ‘petition for review’ to the FIA over Hamilton’s penalty on Tuesday afternoon.

However, Verstappen has declared that he will not allow the noise around the crash to jeopardise his performance at the Hungarian Grand Prix as he seeks to extend his slender advantage at the top of the standings.

“I don’t have much to say on all the media hype, and to be honest, I am not interested in getting involved in any of that,” said Verstappen in a Red Bull preview.

“I know what happened at Silverstone as I was in the car, and obviously I feel a certain way about how my race ended.

“But now I’m just focusing on making sure we are the best we can be on track so we can stay ahead in the championship.

“The team can take care of the official side of things and anything that needs looking into after the crash, but my job is the same as always – to be the best I can and try to win on Sunday.

“I enjoy Hungary as a track, and let’s hope there is a little less action on the way to the grid as the mechanics worked some sort of miracle to get my car out for the race last year.”

Meanwhile, Horner took another opportunity to continue his war of words with Mercedes earlier this week, responding in no uncertain terms to Hamilton’s earlier claim that Verstappen was ‘too aggressive’ at Silverstone.

“You only have to look at the fact Max has zero penalty points on his licence and has not been found guilty of any on-track misjudgements in recent years,” wrote Horner in his post-race column for the Red Bull website.

“Both drivers are of course uncompromising in their driving style, but they are both highly skilled drivers with a great deal of experience.

“The reality is that Hamilton has met his match in a car that is now competitive, and I agree that both drivers need to show each other respect, but Hamilton was the aggressor on Sunday.” 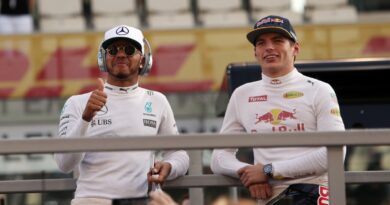 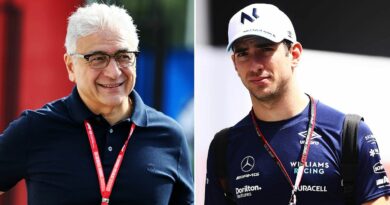