Red Bull boss Christian Horner has defended his driver Max Verstappen after the team and driver lost control of the world championship standings after the Hungarian Grand Prix, despite no fault of their own. Verstappen had been leading the standings since round five, the Monaco Grand Prix when he took victory around the streets of Monte Carlo after a weekend that saw Mercedes struggle for momentum.

Off the pace all weekend, Hamilton started seventh, and finished there, too, with his team-mate Valtteri Bottas retiring from the race thanks to a problem in the pit stops.

Yet directly after that in Baku, Verstappen was involved in a high-speed tyre blowout whilst leading the Azerbaijan Grand Prix, and only continued to lead the championship after an uncharacteristic mistake from Hamilton after a red flag restart.

Since then, Verstappen has been commanding the standings, with Mercedes seemingly struggling to have much to match Red Bull on track.

But the pendulum swung at the British Grand Prix, as Verstappen and Hamilton crashed heavily on the opening lap of the race, which saw the 23-year-old pick up significant and expensive damage at Silverstone, retiring from the race without a lap on the board.

Hamilton was deemed at fault for the accident and was hit with a ten-second time penalty, but fought back to win the race, and pick up important points over his title rival.

JUST IN:
Ferrari weighs in on Mercedes and Red Bull crash argument

Verstappen was hit with more bad luck in the next race in Budapest, with his team-mate Sergio Perez caught up as Valtteri Bottas, who started second alongside his Hamilton, had a sluggish start off the line and locked up under braking in wet conditions on the run down to Turn one, slamming into the back of McLaren’s Lando Norris.

Norris then hit Verstappen, who picked up major damage to his barge board – with Bottas then sliding into Perez, causing his retirement.

Perez was forced out of the race, and despite limping his Red Bull home, Verstappen could only collect two points for the team.

The result means Red Bull have now scored just two points in the last two races, with Hamilton now taking control of the championship lead by eight points, and Mercedes edging forward in the teams’ standings too.

But Horner defended his drivers, adding it’s still a long season to go.

“At no point did we feel absolutely in control,” said Horner. “We’ve won six races in the first half of the year.

“Obviously, it’s been a tough couple of weeks but things can turn around very quickly as you’ve just seen. There’s a long way to go in this championship.”

Formula One now takes a three-week break, ahead of the Belgium Grand Prix at the end of August, and with Red Bull now on the backfoot, Horner was clear of their intentions moving forward.

“I’m looking forward to the second half of the year but the whole team has deserved a well-earned break,” he added.

“Drivers will get a good bit of time off and believe you me, we’re going to come out fighting in the second half of this championship, so it’s going to be interesting.” 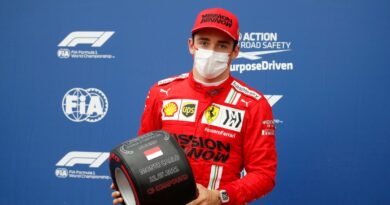