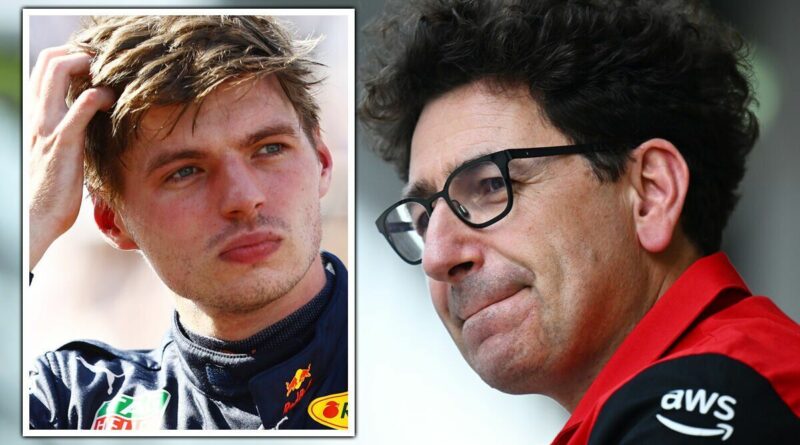 Max Verstappen has been sent a stern warning by Ferrari’s boss Mattia Binotto with a promising upgrade package on the way for the next grand prix. After Ferrari’s Charles Leclerc won two of the first three races, the Dutchman took the chequered flag in Imola and Miami, benefitting from upgrades to his own Red Bull car.

The 24-year-old has now reduced the Monaco native’s championship lead to just 19 points and the iconic Italian team lead Red Bull in the constructors by just six points. However, they too will receive some upgrades at the Spanish Grand Prix this weekend and team principal Binotto hopes they can turn the tables on their rivals.

“Let’s say that in the next races it will be our turn to try to develop as much as we can by introducing upgrades,” said Binotto. “I think it is not a surprise that we may have a package in Barcelona which will be important for us.

“As usual, I hope that the package we are introducing will work as expected and in that case it can be a good boost in order to try to catch up the current gap we have got to the Red Bull.” Questioning how long Red Bull can continue this pattern given the restrictions that are in place, Binotto said: “It is true that Red Bull improved their car [this year]. They have improved it since the very start of the season and they have introduced upgrades.

“I hope that as there is a budget cap that at some stage, Red Bull will stop developing otherwise I think I will not understand how they can do that.” Although the inaugural Miami Grand Prix saw Verstappen clinch back-to-back wins for the first time this season, Binotto is pleased to see his side remain at the summit of both the drivers’ and constructors’ standings.

“I always said we should wait for five races to assess the proper competitiveness between the cars,” he explained. “Now, five races have gone and we are leading both championships which is great so we should not be too disappointed.”

Meanwhile, Red Bull boss Christian Horner, admitted he did not expect Verstappen to be as competitive as he currently is in 2022. “Having put so much effort into last year’s car, to come on to these new regulations, we elected to take that risk because we had an opportunity to win last year and you’ve got to go for it,” Horner told CNN.

“That put huge pressure on the team coming into the second half of last year that we had to play catch up. Personally, I didn’t expect us to start the year as competitively as we have.

“To be on the front row of the first race, to win the second race, to win and get a one-two in Imola has been an unbelievable start for us, and I think testimony to all the team for doing such a phenomenal job in such a short space of time.” 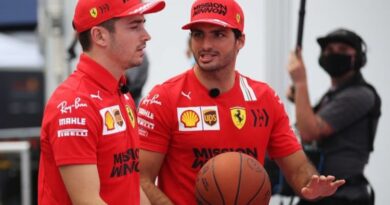