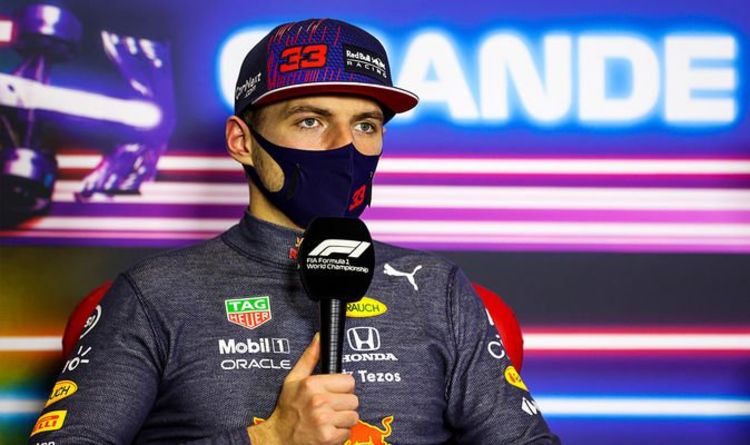 This year’s F1 Drivers’ Championship is going down to the wire after Lewis Hamilton’s dominant display in Sao Paolo last weekend. The Briton overcame a back of the grid start in Saturday’s sprint and a five place grid penalty in the race to pip Max Verstappen to victory. Hamilton is now 14 points behind the Red Bull driver, and their rivalry took another twist during the race. Mercedes felt Verstappen had forced Hamilton off the track as he looked to overtake the Dutchman at turn four of the Interlagos circuit. The Fédération Internationale de l’Automobile (FIA) deemed during the race that no investigation was necessary, but Mercedes have appealed the decision

The appeal will be heard at a hearing with the FIA in Qatar this afternoon – stewards are being shown footage.

FIA Formula 1 race director Michael Masi confirmed post-race the stewards were not able to view the front-facing camera on Verstappen’s car, which would have shown whether he manipulated his steering wheel to deliberately force Hamilton off the track.

The footage is now available and could be key to the case in favour of retrospective action against Verstappen.

Verstappen and Hamilton have a long history of clashes – even as far back as the 2018 Bahrain Grand Prix.

The Dutchman, then just 20 years old, said Hamilton had taken the “easy option” to blame him for a collision they had in the race.

Asked why Hamilton had blamed him, Verstappen replied: “Why? Because it’s quite simple and easy to blame the younger driver. That’s the only way I can see it.”

The two drivers collided on the second lap, leaving the Red Bull car with a puncture after Verstappen attempted to dive down Hamilton’s inside.

Hamilton went on to finish third while his rival was forced to retire.

“Why should I change something? I was just trying to overtake a car. Last year in Mexico it could have gone wrong as well, maybe for me, maybe for another car. As you could see…it didn’t.

“I don’t understand why everybody is on top of the topic because those things happen in racing.”

This season has seen Hamilton and Verstappen come to blows on track plenty of times.

At Silverstone in July, Hamilton collided with Verstappen and sent him into the wall before going on to win the race.

Following the race, the Red Bull man accused his Mercedes counterpart of being “disrespectful’ with his celebrations.

In Monza, Italy, the title rivals clashed once more.

During the race, which took place in September, Verstappen and Hamilton came together at the first chicane of the famous track, leading to both drivers retiring from the race.

The Red Bull car bounced off the curb and ended up on top of the Mercedes in a terrifying moment.

Following the incident, Hamilton said the halo around his cockpit had saved his life.

He said: “I feel very, very fortunate today. Thank God for the halo.

“That ultimately saved me. And saved my neck. I don’t think I have ever been hit on the head by a car before and it is quite a shock for me.

“If you see the image, my head is quite far forward.

“I have been racing for a long, long time and I am so so grateful I am still here and feel incredibly blessed that someone was watching over me today.” 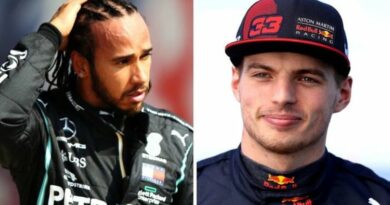