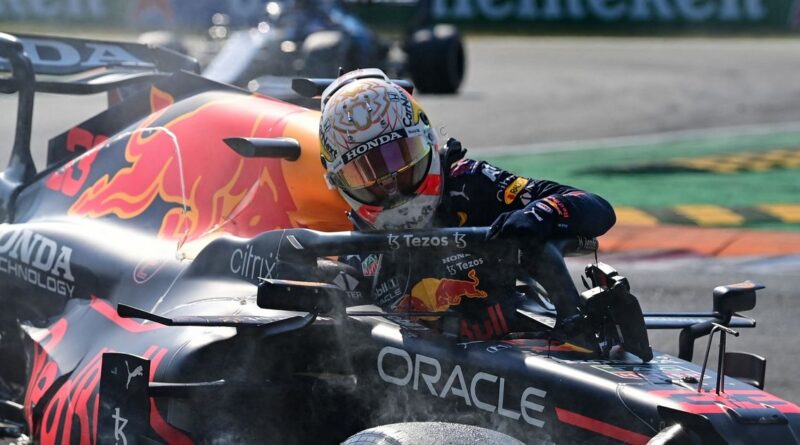 Max Verstappen sent an angry message to Lewis Hamilton on his team radio after the pair collided and crashed out of the Italian Grand Prix.

Verstappen attempted to overtake Hamilton who had just rejoined the track from the pit lane, taking the outside line on turn one of lap 26 so he would have the advantage into turn two.

It didn't work as planned for the 23-year-old as Hamilton remained slightly ahead and closed the gap, which is when the championship rivals collided.

The Red Bull bounced over the curb and up onto the Mercedes, sliding across the top before the cars entered the gravel pit where both their races ended.

Hamilton attempted to get his car out to no avail, whilst Verstappen said: "That's what you get when you don't leave the space."

The pair had to make the walk back down to the pits whilst their cars were removed from the Monza track and the safety car was deployed.

Verstappen had started on pole due to Valterri Bottas' grid penalty and Hamilton began fourth, but an uncharacteristically slow pit stop from the Red Bull mechanics lost their driver 11 seconds.

Who will prevail in this season's championship fight? Give us your prediction in the comments section.

The Dutchman and the Brit had already had one close call earlier in the race when the latter was forced to run wide to avoid touching in the opening laps.

Daniel Ricciardo, who took the lead from Verstappen after lights out, maintained first position once racing got underway again to take his first win since Monaco 2018.

It was a McLaren one-two with Lando Norris finishing second and Bottas also found himself on the podium after third-placed Sergio Perez had a five-second time penalty applied.

After the race weekend Verstappen is five points points ahead of Hamilton in the driver standings, with his lead being extended by two points from Saturday's sprint race.

This is of course not the first time they've had a coming together this season after the crash at Silverstone in July.

As it stands there's seven races left to go, with one more still potentially being scheduled, and next up it's the Russian Grand Prix in two weekend's time. 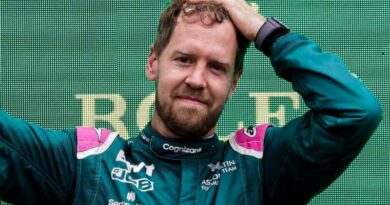 F1 confirms no positive coronavirus tests ahead of Austrian GP