Max Verstappen has given a response to Eddie Jordan’s claims that Lewis Hamilton should join him at Red Bull. Hamilton sits comfortably top of the championship standings this season through nine races.

Valtteri Bottas is second with Verstappen proving to be Mercedes’ closest challenger this year.

Mercedes are still strong favourites to retain their Constructors’ Championship with Hamilton closing in on a record-equaling seventh world title.

But there has been some growing speculation over Hamilton’s future at Mercedes with no progress on a contract extension.

There is no seat available at Ferrari next season with Carlos Sainz replacing Sebastian Vettel as Charles Leclerc’s team-mate. 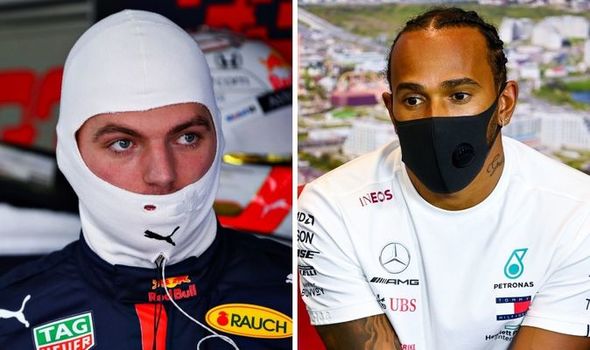 However, there is still potentially a seat available at Red Bull with no decision made on whether Alex Albon will retain his place alongside Verstappen.

And former F1 boss Jordan put it out there this week that he’d love to see Hamilton make the shock switch to team up with Verstappen at Red Bull.

“I personally believe that Lewis should go to Red Bull and not to Ferrari,” Jordan told Ziggo Sport.

Max Verstappen crashes out of Tuscan GP after chaotic start

“I’ll tell you that is perfect, because the best young driver of all of Formula 1 at the moment is Max Verstappen. There is no question about it.

“His style, his speed, his intellect, his control on the track. Also his arrogance. And Grand Prix winners and Grand Prix champions need a level of arrogance. That is obvious. And he has that.

“Whether he got it from Jos or whatever, I have no real idea, but the facts are that he has an unbelievable talent. And what I believe is if he had a teammate like Lewis Hamilton, then I do believe he would be able to beat him.”

But Verstappen doesn’t think Hamilton would even entertain the idea of leaving Mercedes. 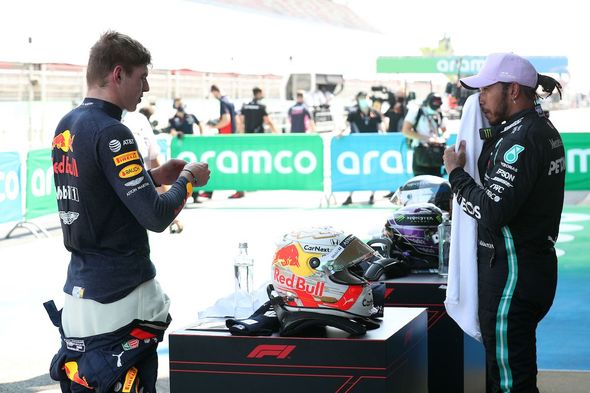 “Why would he do that?” Verstappen said.

Monaco Grand Prix: Farce at Ferrari is no laughing matter after latest mistake

Raul Jimenez: Wolves boss Nuno Espirito Santo was 'afraid' for striker after head injury
We and our partners use cookies on this site to improve our service, perform analytics, personalize advertising, measure advertising performance, and remember website preferences.Ok