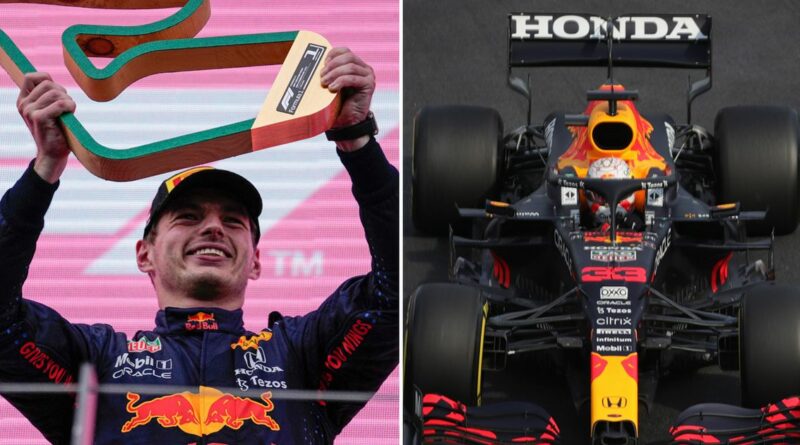 Red Bull star Max Verstappen has announced that if he is to pip Lewis Hamilton to the Formula One title, he will change the number on his car from 33 to one for the 2022 season.

Verstappen moved 19 points clear of second-placed Hamilton last week at the top of the driver standings, thanks to his ninth win of the season at the Mexican Grand Prix.

Back-to-back victories in Mexico and the United States has seen the Dutchman pull further away from the seven-time world champion at the all-important time, with just four races to go until the end of the season.

And his chances of reigning supreme have been given a further boost after it was confirmed on Friday that Hamilton would serve a five-place grid penalty in Brazil after another engine change.

And Verstappen appears to already be thinking about how to celebrate if he does conquer F1, after confirming he would 'absolutely' switch to number one if he is crowned champion this campaign.

Formula One rules state that a driver is able to switch to number one if they are reigning champion, and he revealed it would be too big of an opportunity to turn down.

When asked if he would switch, the Dutchman replied: "Absolutely. How many times do you have the opportunity to drive with No 1?

"And it's good for merchandise as well, so it's smart to do that!"

A reigning world champion has not opted for the number one switch since 2014, after Sebastian Vettel took on the number following his title win.

Seven-time winner Hamilton has never acquired the number, and has always stuck with his renowned 44.

Despite stating his title-winning intentions though, the 24-year-old confirmed he is not getting too ahead of himself with plenty of racing still left in the 2021 season.

Speaking ahead of this week’s race in Brazil, Verstappen said: "In four races, a lot of things can happen. We are looking good, but things can change very quickly.

Can Hamilton catch Verstappen? Let us know in the comments section below.

"I already said that after the race in Mexico. I mean, I've had a bigger lead already in the championship and that disappeared within two race weekends.

The Dutchman has pulled away in recent weeks following wins in Mexico and the States, having sat behind Hamilton in the standings at the Turkish Grand Prix a month ago.

However, he reiterated that his approach to each race has not changed, and he will continue in this mindset until the finale in Abu Dhabi next month.

He added: "We have to again try to do the best we can here, and again after this weekend we will try again to try and win the race. My approach every single weekend is the same, so we will not change that." 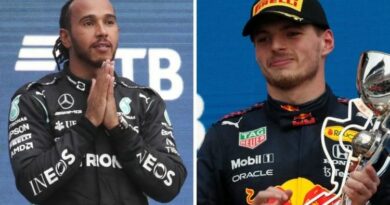