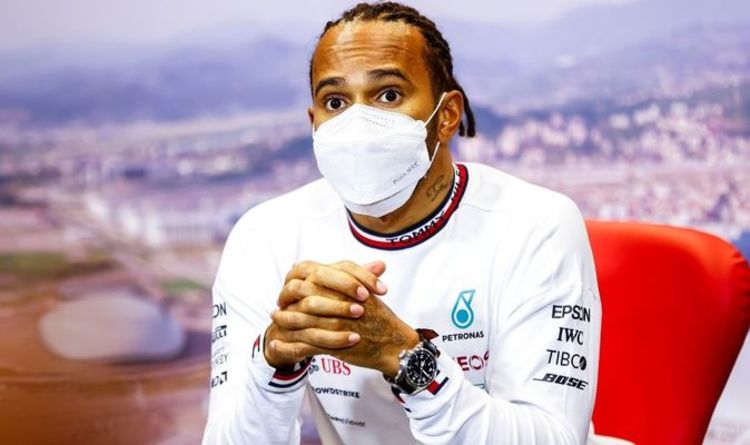 After taking a new engine ahead of the Russian Grand Prix, Red Bull are now confident they will have an extra advantage this season as they expect main title rival Lewis Hamilton to take a new power unit.

Hamilton has already used his three permitted engines for the season but could opt to take a grid penalty in order to make a fourth switch.

Red Bull’s gamble at Sochi paid off, with Verstappen storming his way from 20th on the grid to second, limiting the points damage from Hamilton’s win.

With seven races left, however, Mercedes must weigh up their options with Red Bull boss Christian Horner confident Hamilton will have to make a change.

“We’re not privy to that kind of information,” said Horner speaking after the race in Russia

“But you’d assume that [with] the amount of Mercedes engines that are being changed in their sister cars and customer teams, you’d expect potentially for there to be a penalty, but obviously we can’t rely on it.”

Bottas took his second consecutive grid penalty at Sochi in what Mercedes called a ‘tactical opportunity’ to try and hold off Verstappen at the back of the grid, with the Finn taking a new power unit into the race.

The plan didn’t work out for Mercedes as Verstappen breezed past Bottas during the race on his way up to a second-place podium spot, just behind Hamilton.

Red Bull adviser Helmut Marko told Sky: “I hope that our information is correct. According to that, Lewis will have to change again. Going from last place on the grid to the podium doesn’t happen that quickly.

“The upcoming tracks are to our advantage, especially because of the altitude in Brazil or Mexico. We need to win again now, but feel strong enough and attack again.”

Verstappen meanwhile was confident he would have no more engine issues after being forced to take a new one at Russia due to damage picked up at the British Grand Prix.

Verstappen and Hamilton clashed, with the Dutchman spearing into the tyre wall at 51G, picking up huge damage on his Red Bull.

But the 23-year-old was confident he has no more penalties to worry about this season regarding PU changes.

“We’ll be fine with this engine to the end.” Verstappen said. “We talked about it a little bit. With the weather conditions and everything, and then also with the laps we did, it was the right decision.

“We knew anyway we had to take one – take the pain once and look for a good result in the race.”

Verstappen and Red Bull suggested the Sochi Autodrom was the only viable choice for Red Bull, especially as the Dutchman already had a three-place grid penalty.

Asked if Red Bull had considered taking the penalty at any other circuit, Verstappen replied: “No. We just looked at the circumstances.

“Let’s say, if we would have been really quick here [in Sochi] you wouldn’t have taken it and maybe taken it at another track but we didn’t get that far.” 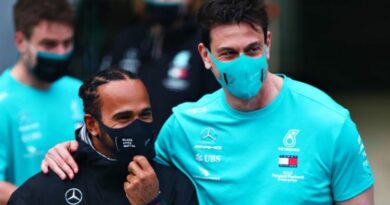 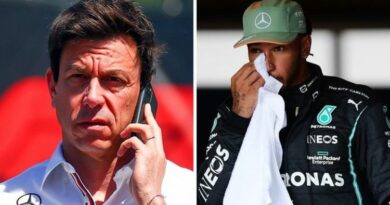