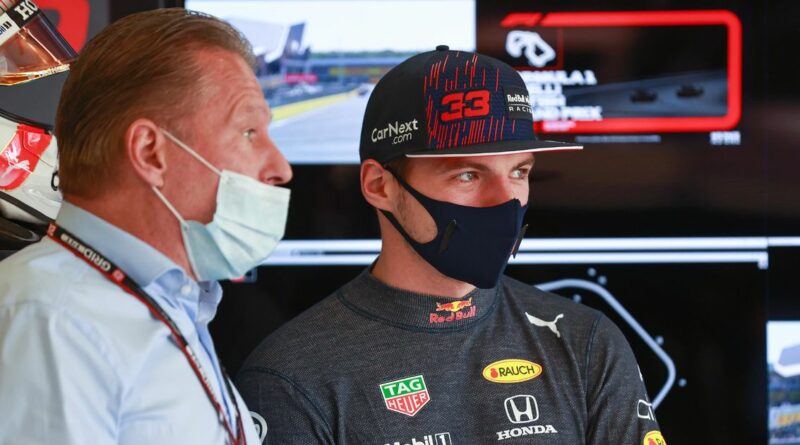 Max Verstappen will have a score to settle at Silverstone this weekend following his controversial clash with Lewis Hamilton last year, according to his father Jos.

As the pair diced for the lead at the 2021 British Grand Prix, Verstappen and Hamilton touched at the ultra-fast Copse corner, with Verstappen spearing into the barriers at high speed. The Dutchman was taken to hospital as a precaution but fortunately escaped injury.

Hamilton incurred a 10-second penalty for causing the collision but still went on to win the race following a late pass on Ferrari’s Charles Leclerc. Verstappen is favourite to win this year’s race and stretch his already healthy championship lead, with his main challengers set to be the Ferraris of Leclerc and Carlos Sainz.

His father Jos, who has played an instrumental role in his son’s career, has been speaking ahead of their return to the Northamptonshire circuit. Asked on RTL show NITRO if Max is looking to get even at this year's race, Jos replied: “We all know that.”

Who was at fault for the Silverstone collision? Have your say in the comments section below.

Verstappen junior will have been expecting questions about last year’s clash with Hamilton in Thursday’s press conference. However, instead, he is set to be quizzed about his girlfriend’s father, Nelson Piquet. The three-time world champion used a racial slur to describe Hamilton in an interview last year, with the comments only emerging this week.

Red Bull have declined to comment on Piquet so far, although they have confirmed the contract of junior driver Juri Vips has been terminated after he used a racist term during a live gaming stream.

Red Bull said in a statement: "Following its investigation into an online incident involving Juri Vips, Oracle Red Bull Racing has terminated Juri's contract as its test & reserve driver. The team do not condone any form of racism." 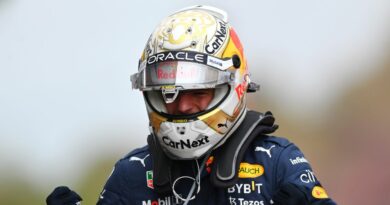 Arise Sir Lewis! Formula One star to be knighted