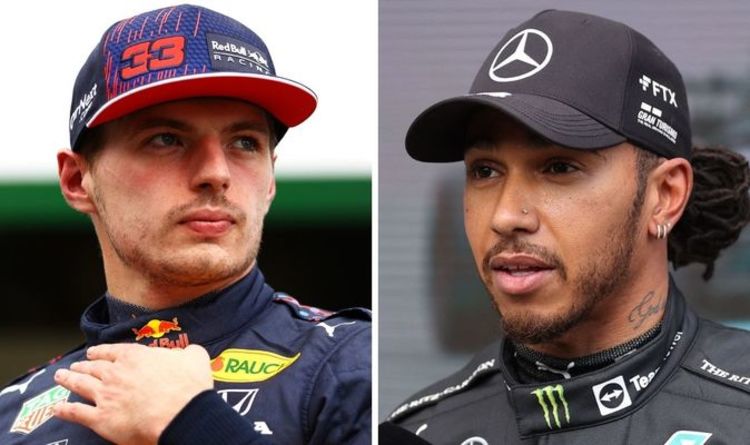 Max Verstappen has come under criticism for his “meaningless” decision to put his hand on Lewis Hamilton’s car during qualifying at the Brazilian Grand Prix. Mercedes had made some changes to the drag reduction system (DRS) on Hamilton’s rear wing, which ultimately led to the seven-time world champion being disqualified from Friday’s results.

But before any decision was handed down by the FIA, Verstappen caused a stir with the cars in parc ferme following Friday’s session.

A five-place grid penalty meant he would have dropped down to sixth for the sprint race.

But Red Bull and Verstappen were both curious about the rear wing of Hamilton’s car, with the Dutchman going over to inspect it for himself after qualifying.

Verstappen got himself in trouble in the process as he was found to have breached the International Sporting Code (ISC) by touching Hamilton’s car.

And Sergey Sirotkin can’t understand what Verstappen would have possibly gained by inspecting his rival’s car.

“The weekend naturally started with the saga surrounding Hamilton’s rear wing on Friday and the touch of Verstappen’s hand,” Sirotkin wrote for Formule1.

“I’ve never understood it that way, that hassle in parc ferme where drivers stand and look at other cars. Why do you have to sit in the car? What do you learn from that?

“I understand that you are interested in the cockpit, in the functions on a handlebar, or what type of lever is used for the clutch.

“But that feeling, looking, walking around cars: no, I don’t understand that.

“An experienced engineer may see something, but otherwise, it is meaningless.

“Teams have photographers taking pictures from certain angles that are more helpful than what Max could see now.”

Hamilton was later found to be in breach of technical regulations, dropping him to the back of the grid for the sprint race.

But he completed a remarkable comeback in Sunday’s race, picking up his first win since September to claw back some points in his fight with Verstappen.

There was a contentious moment between the two championship rivals on the track as Hamilton looked to overtake Verstappen.

On lap 48, Verstappen appeared to open his steering as Hamilton approached on the outside, forcing them both off the track.

The FIA declined to investigate the incident further at the time, leading to frustrations from the Mercedes garage.

But FIA race director Michael Masi has hinted that retrospective action could still be taken.

“It is only the cameras that are broadcast that are basically what we have access to throughout. It hasn’t been obtained yet. It has been requested,” he said. 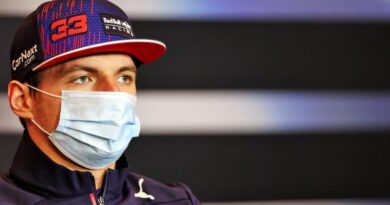 Motor racing: Formula One confident of completing season despite lockdowns