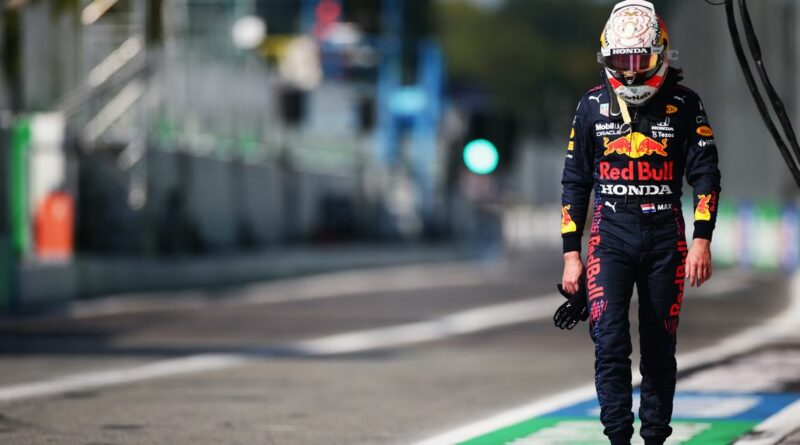 Max Verstappen has accused Lewis Hamilton of being unwilling to work with him in their "unfortunate" crash at the Italian Grand Prix.

The two championship rivals collided on lap 26 at the Variante Del Rettifilo corner after Verstappen had attempted to take the inside line.

He ran wide before hitting the kerb which launched him into Hamilton and on top of the Brit's Mercedes, wiping them both out of the race.

The seven-time Formula One World Champion has blamed his rival for the accident, but the Red Bull driver believes he should have given him more space on the Monza track.

Verstappen told Sky Sports: "Of course we realised it was going to be close into Turn 1, he cut across really after the white line and I had to go onto the green part to not touch.

"I went around the outside and of course you realise I was going for it, he just kept on squeezing me and I wanted to work with him, because I wanted to race.

"Of course people start talking automatically about Silverstone – but these things happen. Of course it was not nice at the time but I think we are all professional enough to just get on with it and keep racing on each other.

Who would you say was to blame or is it neither? Let us know in the comments section.

"Even if he had left me, just a car width, we would have raced out of Turn 2 anyway, and I think he probably still would have been in front.

"He just kept on pushing me wider and wider and at one point there was nowhere to go, he just pushed me onto the sausage kerb. That's why, at the end of the day, we touched, because the rear tyre bumped up to his tyre.

"You need two people to work together to make a corner and we are fighting for position. Unfortunately we touched. If one guy is not willing to work, what can you do? It's not going to happen.

Despite neither man picking up points from today's race, Verstappen has extended his championship lead to five points this weekend after coming second in the sprint race on Saturday.