Lewis Hamilton has been tipped to claim his eighth F1 world title at the end of the season, despite losing his overall lead to Max Verstappen last weekend. The Mercedes man finished fifth at the Turkish Grand Prix, while his Red Bull rival came home comfortably in second.

But the story could have been very different had Hamilton not taken a 10-place grid penalty for a new engine component, which meant he started 11th despite going fastest in qualifying.

And he might have finished even higher on the day despite that penalty, had he and his team communicated better over when was the best time to pit for fresh tyres.

The result of that race in Istanbul means Hamilton is six points behind his title rival, but that is a very small margin with half-a-dozen races still to go.

Despite claiming the lead once again in this topsy-turvy title tussle, Verstappen is second favourite in the eyes of former F1 driver Jolyon Palmer after failing to lay a glove on race winner Valtteri Bottas in Turkey.

“You know what, for the first time this season I’m starting to think maybe Lewis is the favourite overall,” the ex-Renault racer said.

“I actually think Verstappen can’t be happy with that race.

JUST IN: Hamilton’s shock reaction as he meets huge 105-year-old fan of his

“Yes he’s taken second, he’s got the championship lead, but he was no match for Valtteri Bottas today. Hamilton, if he was starting from pole which is where he qualified, he’s winning this easily I think.

“Lewis has taken his engine penalty, lost a few points, that was pretty much going to be a given unless something remarkable happened which it didn’t.

“But I’m worried for Red Bull because I can’t remember the last time they really showed a lot of pace.”

Red Bull team principal Christian Horner has echoed those concerns over his team’s pace, admitting after the Turkish Grand Prix that the Silver Arrows have upped their game.

“Their straight-line speed has taken a significant step recently, and I think that whereas we could match them with smaller wings previously, now we can’t get near,” he said.

“We saw that particularly at this circuit where Lewis, in particular, had a significant straight-line advantage with a bigger rear wing on the car.

“We’ve got to maximise our package as best we can and, as I say, it’s surprising that they’ve made the step that they have with the power unit.”

Horner also said his team would be raising the situation with the FIA, while adviser Helmut Marko added: “Something has been weird since Silverstone. So it is now up to us to research why they are suddenly so fast. Is it just the engine or something else?

“We now have to work day and night to uncover its secret and then counter it. As quickly as possible. It is up to us.” 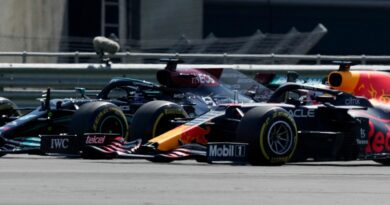