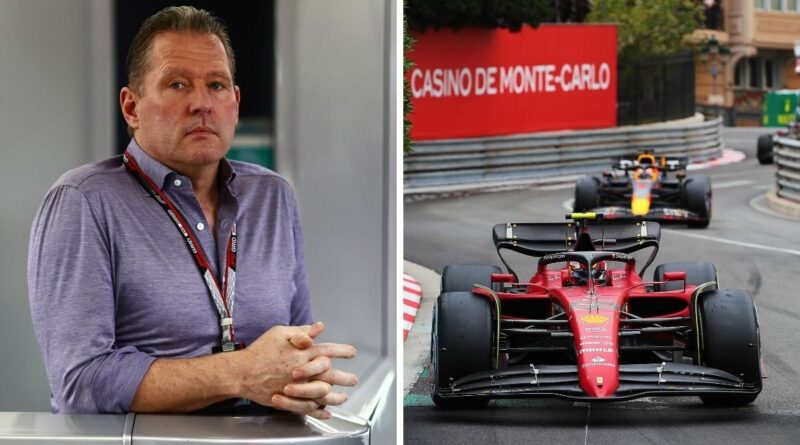 Max Verstappen’s father has criticised Red Bull’s handling of the Monaco Grand Prix while also suggesting rivals Ferrari have the ‘better car’ despite a botched strategy costing Charles Leclerc the win. The Dutchman managed to finish on the podium in P3 around the principality on Sunday, despite starting fourth on the grid as teammate Sergio Perez took the win at the iconic race.

Verstappen’s Red Bull teammate Sergio Perez secured the monumental race win on Sunday, with the Mexican taking advantage of Ferrari’s erroneous strategy. The Italians threw away what would have been a sure-fire win after they locked out the front row, with Charles Leclerc falling from pole to fourth.

Leclerc’s Ferrari teammate Carlos Sainz finished second, sandwiched between the two Red Bulls on the podium. The Monegasque driver was left frustrated by Ferrari’s antics, but Jos Verstappen – Max’s father and a former F1 driver himself – was also annoyed with the result.

The 50-year-old believes Red Bull should have used what proved to be the triumphant strategy with his son rather than Perez. Writing in his exclusive column on verstappen.com, Jos wrote: “Perez actually won the race because of the earlier pit stop.

“The team can perhaps explain that as a gamble, but they had already seen, with for example Gasly, that the intermediates were the best option at that time. I would have liked them to go for Max, but of course I am not entirely objective.

“I think ten points from Max have been thrown away here. Especially with the two retirements we’ve had, we need every point. Don’t forget that Ferrari currently has a better car, especially in qualifying.”

The Dutchman’s suggestion comes as Leclerc and Ferrari have established themselves as the dominant team over a single lap. The 24-year-old has secured five pole positions in 2022, including each of the last three available.

Jos, who also expressed dismay at the delayed start time due to ‘a few drops of rain’, revealed it was a ‘difficult weekend’ for Verstappen despite his third place. He chiefly blamed the car for failing to keep up with his son’s driving style, criticising the lack of grip at the front axle. 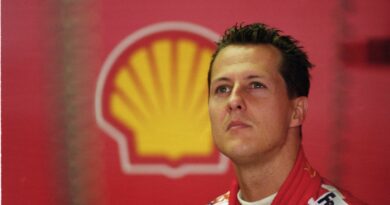