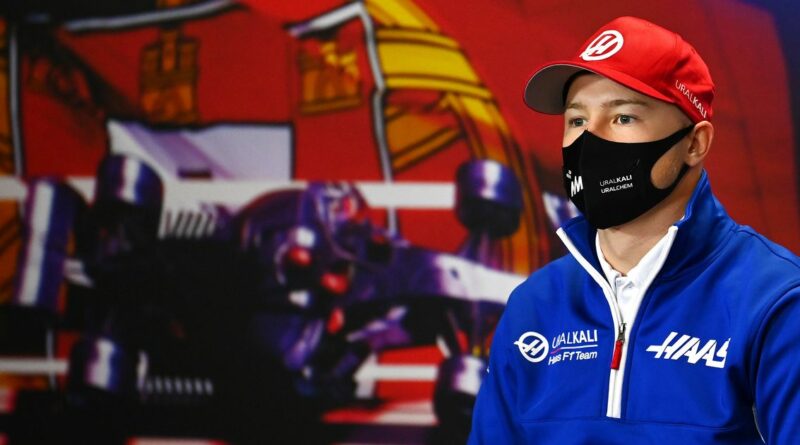 The Russian has crashed out of both of the races leading up to Sunday’s event and has found it tough to control his car.

In his first qualifying session, he spun at the first corner to ruin several drivers’ laps, before qualifying last for the Emilia Romagna Grand Prix last month.

He again started last on the grid in Portugal, with his fastest time more than five-tenths off Haas team-mate Mick Schumacher.

During qualifying, he was also involved in another incident, with Williams driver Nicholas Latifi accusing the Russian of blocking him.

That blocking led to Latifi being knocked out of Q1, setting a time fast enough to start down in 18th.

The Canadian was left furious by Mazepin’s actions and vented his frustrations over team radio.

“I got blocked, of course. What a dumb idiot. Like, I didn’t do it on purpose. This guy’s a dumbass,” he said.

The stewards chose not to investigate the incident with Mazepin also stating he did not do anything wrong.

“I always care about my competitors. I want to live in a world where everyone’s happy. I would never do anything on purpose to mess somebody’s lap,” he said.

The weekend went from bad to worse for Mazepin though, as he finished last of the runners, two laps off race winner Lewis Hamilton.

Remarkably, he was also lapped by Latifi’s team-mate George Russell, who finished 16th , with the Williams and Haas cars seen by many as being the worst on the grid.

Mazepin also picked up a five-second penalty for nearly causing a collision between himself and Red Bull’s Sergio Perez, who was trying to lap him.

Just after he exited the pits, Mazepin was given blue flags to move out of the way of Perez, but the Russian then turned into the apex of Turn 3 when Perez was attempting to overtake, forcing the Mexican to abandon the pass and lock up to avoid the two coming together.

Mazepin remains second last in the drivers championship standings, with the next race coming this weekend in Spain. 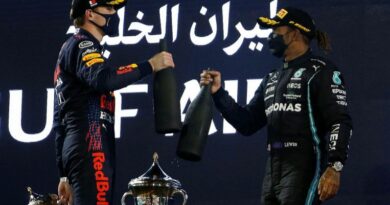