McLaren team principal Andreas Seidl has conceded the team is “disappointed” with Daniel Ricciardo’s pace since joining the team.

Following an underwhelming two-year stint at Renault, Ricciardo replaced Carlos Sainz at McLaren ahead of the 2021 season.

But the Australian has failed to live up to expectations, still searching for his first podium with the British team nine races into the championship.

Ricciardo is currently eighth on the drivers’ standings with 40 points, while teammate Lando Norris is four places above the Perth driver with 101 points.

The young Brit has already clinched three podiums this year and remains the only driver to secure points in all nine races to date.

Although Seidl remains adamant Ricciardo will come good, he admitted McLaren were anticipating more pace from the 31-year-old.

“I don’t think he imagined it would be so difficult to change teams,” Seidl told RTL.

“He’s disappointed, so are we. Because we thought he would be faster.

“I am still convinced that at some point it will click with him.”

Thanks largely to Norris, McLaren currently occupies third spot on the constructors’ standings behind powerhouse teams Mercedes and Red Bull.

“Even if the first lap doesn’t work out, he doesn’t let himself get rattled. He waits for his chances and then takes them. He does this with incredible calm. With impressive determination.

“He makes almost no mistakes.

“Basically, I believe that you are not a complete driver in Formula 1 in your third year, (but) his development is impressive.

“It was always clear to us at the end of last year, after we saw his development from year one to two, that we would rely on him.

“He is very happy with us on the team. So it was a simple and logical decision to get this contract extension done at an early stage.”

Former F1 driver Anthony Davidson described Ricciardo’s struggles at McLaren as “one of the biggest surprises” of the season.

“I really thought Daniel would come in there and at least carry on with how he was doing at Renault or how Carlos Sainz was doing when he was teammates with Lando, but as we said, Lando has stepped it up,” Davidson told the In the Fast Lane podcast.

“So I don’t think it’s a case of Daniel not necessarily performing where he should be, I just think Lando has just stepped it up.

“Obviously, he knows the car and Daniel’s new to the car, and it really does take time and sometimes, you just go through your entire time in that car, in that environment – I don’t want to be negative, I’ve been there myself as a driver – you just get in a car every once in while in your career and it just doesn’t work for you and I fear that could be happening with Daniel.”

The F1 season resumes next weekend at the British Grand Prix, with lights out scheduled for midnight AEST on the evening of Sunday, July 18. 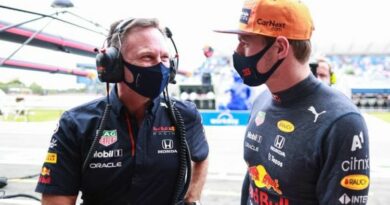