Mercedes are determined to make Max Verstappen eat his words. In an interview with CarNext, Verstappen appeared to take a thinly-veiled dig at the achievements of Lewis Hamilton, who has won six titles with the silver arrows.

“You need a bit of luck to fight for seven or eight [titles],” Verstappen said.

“You need a very dominant team as well to do that so you don’t always have that luck or you are not in that era.”

In light of the champion’s comments, Mercedes technical director James Allison says the silver arrows are determined to prove their dominance has not been “lucky”.

“It’s not unique to Mercedes to be excited about the regulation set but it is something I can speak of with personal experience that we do love it when new regulations come along,” he said in a Mercedes preview video for 2022.

“We see it as an opportunity that we haven’t just been lucky over the years, we haven’t merely stumbled into a formula and a God-given right to be dominant all these last seasons.

“We see every single regulation change as an opportunity to pit our wits against them and see whether we deserve to be competitive against them, to see whether or not we can show afresh that we’ve understood the physics behind the car.

“We’ve just tried to translate that into designs and concepts, realising in manufacturing, and then deliver to the track in a way that allows us to be competitive once more.”

This was not the first time the 24-year-old made comments about his rival’s success.

Back in November 2020 that Verstappen appeared resentful towards the Mercedes mechanics, pushing the notion that their car is significantly superior to the rest of the field.

He even suggested that “90%” of F1 drivers would be capable of winning with a Mercedes-built car, appearing to discount the talents of Hamilton.

“I have a lot of respect for what they’ve achieved. I’m not frustrated about Lewis in a Mercedes car,” Verstappen told the official F1 website at the time.

“To be honest, 90 per cent of the field could win in that car. Nothing against Lewis, he’s a great driver, but the car is so dominant.

“Okay, maybe others wouldn’t be as dominant as Lewis is, but you accept the situation you are in and you just try to make the best of it.”

At the controversial Abu Dhabi GP last month, Hamilton was cruising to a record eighth title before Hamilton was leading comfortably when Nicolas Latifi crashed into the barriers and a safety car was deployed.

Race director Michael Masi had initially instructed that lapped cars could not overtake the safety vehicle until it left the track at the Abu Dhabi Grand Prix, meaning there would not have been time for Verstappen to close in on his rival.

However, under pressure from Red Bull boss Horner, Masi then changed his mind, allowing the cars between Hamilton and Verstappen to unlap themselves before ordering the safety car off the track.

Therefore, the Dutchman could get on the British driver’s tail before overtaking him in a one-lap shootout, benefiting from driving on fresh tyres, while Hamilton was left to defend on hard compound tyres over 40 laps old.

Will Hamilton come roaring back and reclaim his crown next season? Or will Max Verstappen add another world title to his cabinet? 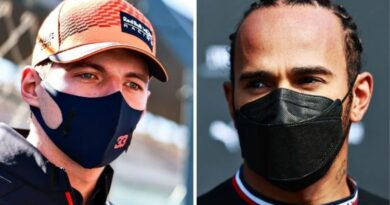 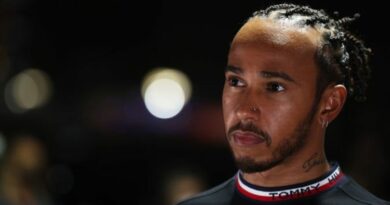