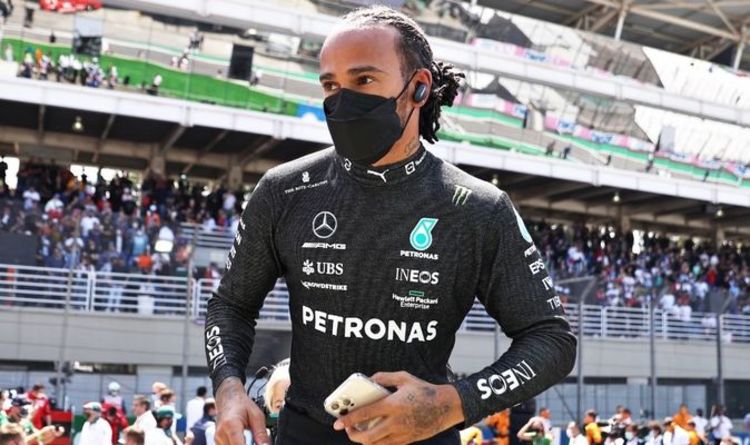 Mercedes trackside engineering director Andrew Shovlin believes their win in Brazil came down to Lewis Hamilton’s tyre management after the seven-time world champion stormed to victory at the Sao Paulo Grand Prix. Hamilton had a rollercoaster of a weekend in Interlagos, picking up three separate penalties, including a disqualification.

After setting the fastest time in qualifying, the 36-year-old was first summoned to the stewards on Friday evening as questions were raised about the legality of Mercedes’ rear wing.

Unaware of any issue, Mercedes and Hamilton fought their corner in an overnight investigation, ultimately leading to the seven-time world champion being thrown out of qualifying.

It meant had to start the sprint race from the back of the grid, with his main title rival Max Verstappen leading the way.

But an unstoppable Hamilton carved his way through the pack, making up 15 places in 24 laps, finishing P5.

Relegated once again, this time just five places due to an engine change, Hamilton converted a P10 start to victory after a tense battle with Verstappen for the lead.

The pair nearly tangled on lap 48 before Hamilton eventually sealed the deal 10 laps later, with plenty of life left in his tyres, and Shovlin believes that was a huge factor in the win.

“Importantly, we saw that we could sit behind a car,” said Shovlin. “We could do a good Turn 12. We had good traction. And those are the ingredients that you need to be able to overtake here.

“But the other factor was that Max, at least, had much higher degradation and ran out of tyres early. And one of the key factors was that Lewis could follow. He could push Max. Max wasn’t able to save his tyres, and really, that was the deciding factor – the tyre degradation and Max dropping.”

The team opted for a fifth internal combustion engine [ICE] to put in Hamilton’s car ahead of qualifying on Friday.

Despite team principal Toto Wolff believing Mercedes made the change due to reliability concerns, Shovlin felt that wasn’t the case.

“But there is an attraction to taking a penalty at a sprint race, because if you can win on the Saturday, that’s more points that you can score and you can lessen a deficit.

“This is also a track that we hoped would be one that we could overtake at and that we could recover positions. And we proved that in the last two days.”

Verstappen leads the way over Hamilton by 14 points heading into Qatar, Saudi Arabia, and Abu Dhabi for the final three races of the season.

And with an additional ICE unit to choose from, Shovlin said it was an important advantage to have over Red Bull.

“You want to get these things in the pool because by the time you get to Abu Dhabi you’re not going to get the advantage of it for more than a single race,” added Shovlin.

“So there’s a number of reasons – and it’s never black and white because you don’t know how the weekend is going to pan out. But on reflection, I think we picked a good circuit to do it.” 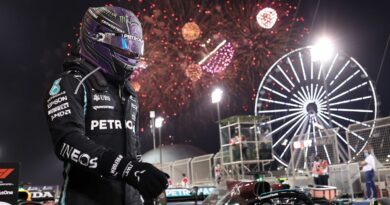