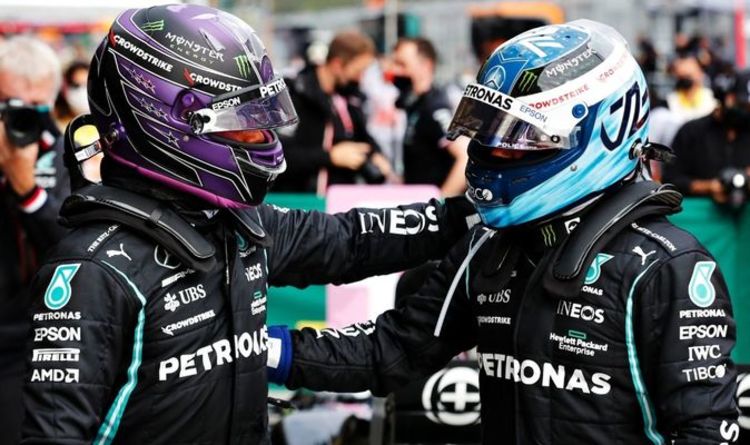 Hamilton beat the Dutchman to pole position at Istanbul, with Bottas second fastest on Saturday, with the Red Bull third.

Verstappen however lucked out and was promoted to second on the grid, with Hamilton relegated to P11 after an engine change ahead of the race.

Despite fighting back, Hamilton had to settle for fifth place after ignoring his team’s order to pit for fresh intermediate tyres, but with an impressive launch off the line, his team-mate Bottas picked up a commanding win for the British-based German outfit.

Verstappen finished almost 15 seconds behind the Mercedes, yet was able to retake the lead of the championship by six points with just six races remaining in the 2021 F1 season.

“We’ve had another good run of form in the dry, we’ve shown good pace here in the wet and it looks like a car that can win championships,” Mercedes trackside engineering director Andrew Shovlin said after the Turkish Grand Prix.

“If you go back to the early part of the year there’s decisions that we’re trying to take on development, trying to balance the two years, one of our worries was that at this end of the year are we still going to be able to stick the car on pole to get a front row lockout to control a race?

Red Bull boss Christian Horner was left perplexed after the race, claiming Mercedes have made “phenomenal” gains with their power unit recently.

Despite having two drivers on the podium, the Red Bulls couldn’t get close to the Mercedes of Bottas who took a commanding win in Istanbul.

After qualifying, Horner claimed Hamilton looked the “quickest he had looked all year”, with Verstappen and Sergio Perez outpaced by the Mercedes duo in the session.

After the race, Horner added: “Their straight-line speed has taken a significant step recently, and I think that whereas we could match them with smaller wings previously, now we can’t get near.

“We saw that particularly at this circuit where Lewis, in particular, had a significant straight-line advantage with a bigger rear wing on the car. We’ve got to maximise our package as best we can and, as I say, it’s surprising that they’ve made the step that they have with the power unit.”

Mercedes insist nothing has changed in their engine, apart from fitting a new one to Hamilton’s car ahead of Friday’s practice session.But Horner added Red Bull, alongside some other teams, have “raised questions” to the FIA.

“We ask some questions which all teams do. It wasn’t just Red Bull, by the way, it was other manufacturers raising questions as well and they continue to be raised,” Horner added.

However, when asked about their recent pace, the seven-time world champion was left stumped for an answer.

“Well we haven’t done anything to the car, so I don’t really know why that is the case,” Hamilton admitted. “I think the two tracks that we’ve just driven on [Sochi and Istanbul], maybe suited us a little bit more. The car has been feeling great, felt good this weekend.

“Valtteri did a great job, if he continues to perform like that over the next few races, it will be good for the team. If the car continues to behave as it has this weekend, that’s good for us.”

“I think we have gradually understood the car better,” Wolff said. “The regulations that came in at the beginning of the year created a situation where you need to run the car where we haven’t been running in the last few years.

“Where the car is [this weekend] is definitely in a much better place than it was in spring and the summer.” 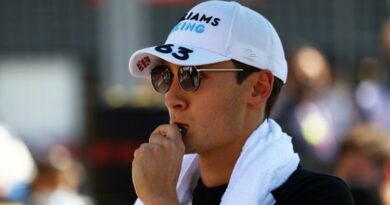 Toto Wolff admits Mercedes may copy Red Bull, Ferrari and McLaren and ‘look to the future’