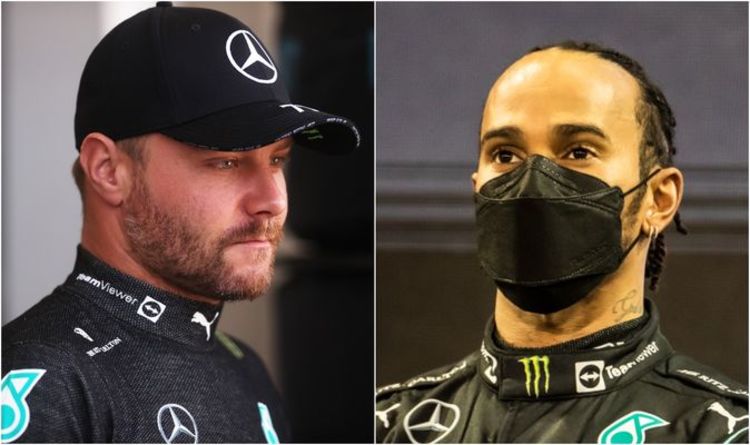 Former F1 driver Joylon Palmer has picked up on a key decision which Mercedes may regret in hindsight after Max Verstappen snatched the world title from Lewis Hamilton in Abu Dhabi earlier this month. It was not all doom and gloom for the Silver Arrows, however, as the same race saw them clinch an eighth consecutive Constructors’ Championship.

Hamilton and Mercedes have been left to reflect on a season of fine margins after a dramatic season finale at Yas Marina.

Both the Brit and Verstappen went into the contest level on points, but it was ultimately decided on the final lap thanks to a dramatic shootout.

Nicholas Latifi’s crash threw the Dutchman a lifeline when the safety car came out, and FIA race director Michael Masi handed Red Bull a ‘miracle’ when he controversially ordered the lapped drivers between the title contenders to pass through with one lap remaining.

The lead then changed hands in blockbuster fashion, with Verstappen claiming his first world title at the expense of a stunned Mercedes garage.

With such fine margins ultimately swaying the Drivers’ Championship, Palmer claims via his formula1.com column that one decision sticks out to him as a possible regret for the Silver Arrows.

Back in July, Hamilton sustained damage during the closing stages of the Austrian Grand Prix, which saw team-mate Valtteri Bottas allowed to pass through.

Eventually, Hamilton was also passed by McLaren’s Lando Norris, being forced to settle for fourth spot while Bottas came home in second behind Verstappen.

Rather than staying behind the 36-year-old to defend against Norris’ attack, Mercedes’ decision to let Bottas past may ultimately have cost Hamilton vital championship points.

Having said that, it would have been a tough ask to convince Bottas to essentially sacrifice his race so early in the season.

Palmer also picked out two individual mistakes by Hamilton which he may be regretting in the sombre days following his Abu Dhabi defeat.

Firstly at Imola, a slippy circuit saw the Stevenage-born star slide off track which forced him to settle for second place behind Verstappen.

And in Baku, failing to turn off his brake magic function caused a costly lock-up with just two laps remaining after Verstappen had crashed out with a puncture.

While there is plenty for Mercedes and Hamilton to reflect upon, Verstappen’s season was not without controversy in itself.

Red Bull boss Christian Horner felt particularly aggrieved at the pair’s collision at Silverstone, which ultimately sent the 24-year-old to hospital before his title rival went on to win the Grand Prix.

Naturally, Verstappen’s camp felt as though the race would have turned out differently if the contact was not made, and father Jos went on to make scathing comments about Mercedes’ post-race conduct.

“Mercedes were celebrating like they had won the championship. Toto and the driver. And I was sitting with Max in the hospital to see if everything was alright,” he told the CarNext YouTube channel.

“As a dad, I don’t like that. You put someone in hospital and then celebrate like crazy, for me, that was very difficult to handle.” 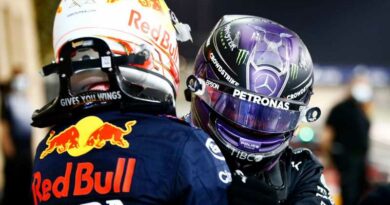