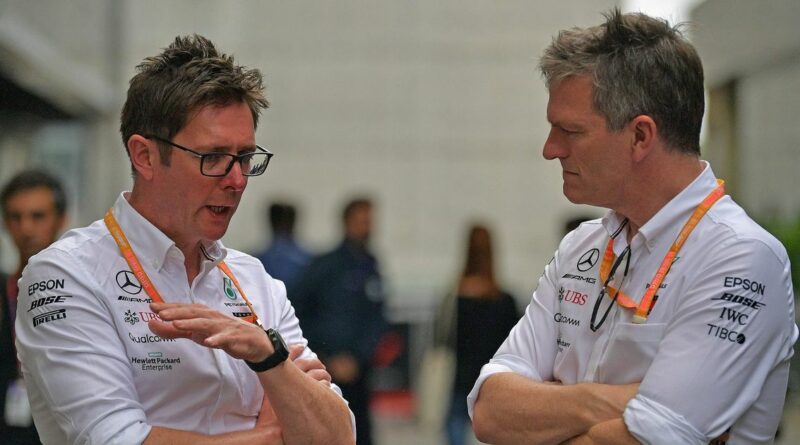 Mercedes have a new lease of life following significant improvements at the Spanish Grand Prix, with the team finally solving the 'porpoising' issues that have plagued their season so far.

George Russell secured a second podium finish of the season after coming third in Catalonia, while Lewis Hamilton produced a stunning drive to finish sixth after an opening-lap puncture left him at the back of the pack.

That was the culmination of a positive weekend in Barcelona, with Mercedes showing in qualifying and in practice sessions that they have the ability to compete at the front of the grid with Red Bull and Ferrari. While there were still some significant pace differences with the two title-chasers, further upgrades are set to be utilised ahead of the next round in Monte Carlo.

Mercedes' trackside engineering director Andrew Shovlin revealed after the race in Barcelona that more upgrades are on the cards, saying: “The most encouraging thing is the improvement in pace that we have seen this weekend; a lot of hard work has gone into understanding the issues and bringing parts to the track for this race.

“We can now see a route to develop our way out of this and back into a position where we can fight for pole and wins. We've got some unusual tracks coming up, starting with Monaco where we need to focus more on low-speed performance but we've got some parts in the pipeline that can hopefully help in that regard.

“After some tough months in Brackley and Brixworth, it was great to feel like we were racing again, we're determined to be part of the battle for these championships and today has given us belief that we can do just that."

HAVE YOUR SAY! Can George Russell compete for the Formula One title this year? Comment below.

Russell has been the most consistent driver in Formula One this season as his third-place finish in Barcelona saw him maintain his record of being the only driver to finish every race in 2022 in the top five, with his deficit on championship leader Max Verstappen being 36 points.

Hamilton has endured a more difficult time, however, but his drive in Barcelona was an encouraging sign amid the turmoil he has faced since the controversial end to last season in Abu Dhabi – though he faces a huge challenge to compete for a record-breaking eighth world title this season.

The veteran is 64 points off leader Verstappen and his role could now be to assist Russell's push for the title or Mercedes' bid to retain the Constructor's Championship, where they lay 75 points behind Red Bull. 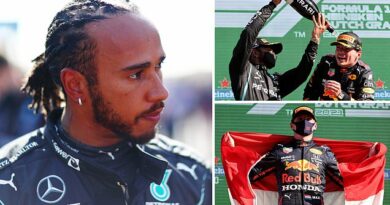