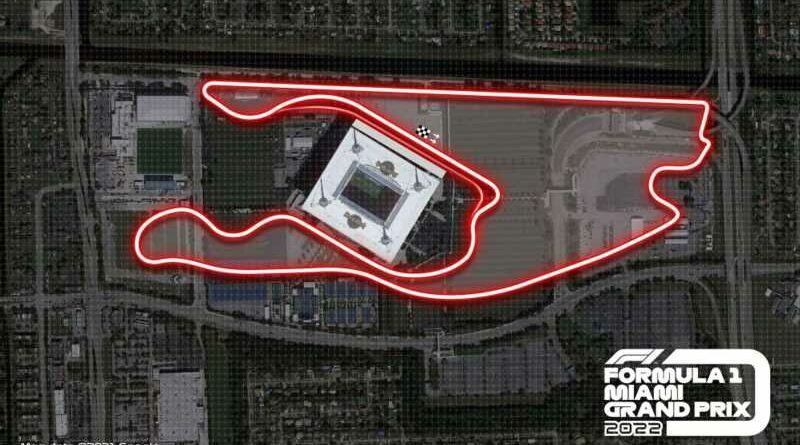 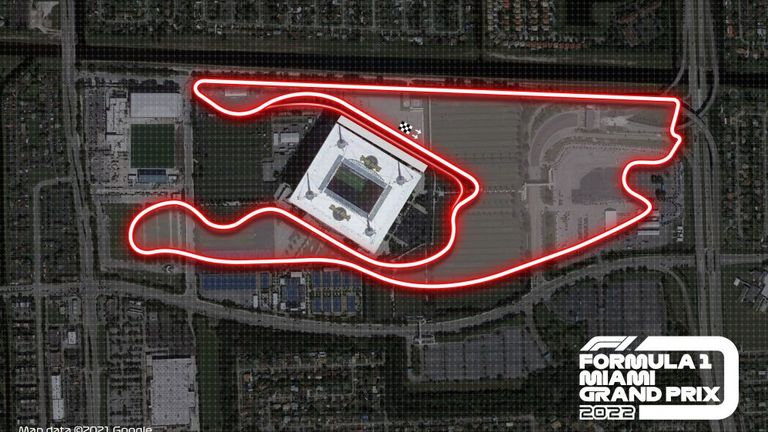 The Miami Grand Prix will join the Formula 1 calendar from the 2022 season on a circuit at Hard Rock Stadium.

In a landmark announcement for F1’s American owners, Liberty Media, the race in Miami Gardens, Florida will join the calendar on a 10-year deal and become the country’s second race on the schedule after the United States GP in Austin.

The exact time of the season that the Miami race will take place will be announced in due course.

F1 says the circuit will be 5.41km (3.36 miles) in length, have 19 corners, three straights and potential for three DRS overtaking zones. Hard Rock Stadium is the home ground of the NFL’s Miami Dolphins and “will sit at the heart of the circuit”.

“We are thrilled to announce that Formula 1 will be racing in Miami beginning in 2022,” said F1’s president and CEO Stefano Domenicali.

“The US is a key growth market for us, and we are greatly encouraged by our growing reach in the US which will be further supported by this exciting second race.

“We will be working closely with the team from Hard Rock Stadium and the FIA to ensure the circuit delivers sensational racing but also leaves a positive and lasting contribution for the people in the local community.

“We are grateful to our fans, the Miami Gardens elected officials and the local tourism industry for their patience and support throughout this process. We are looking forward to bringing the greatest racing spectacle on the planet to Miami for the first time in our sport’s history.”

In a statement, the sport said that: “Formula 1 and the promoter will be working closely with the local community to ensure an allotment of discounted tickets for Miami Gardens residents, ensuring they have the opportunity to experience the thrill of the sport. 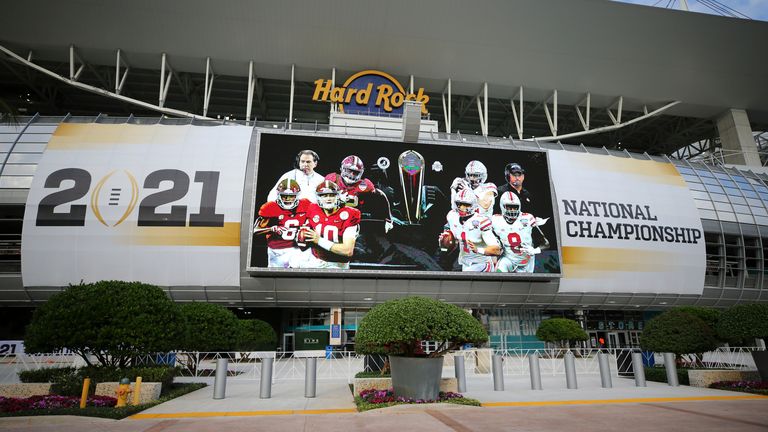 Miami will become the 11th venue in the USA to hold a Grand Prix after Riverside, Sebring, Watkins Glen, Long Beach, Las Vegas, Detroit, Dallas, Phoenix, Indianapolis and Austin, which has staged the US GP since 2012.

Since completing their takeover of F1’s commercial rights in 2017, Liberty Media have long made a Miami race one of their leading priorities – keen to grow the sport stateside with events in “destination cities” such as the Florida hotspot.

Las Vegas and New York were also mooted, but Miami emerged as the favourite back in 2018.

Proposals were initially announced for a 2019 race in downtown Miami – with a planned circuit revealed to be running around the city’s port and crossing a bridge. But with local residents opposing the event, and F1 not wanting to sign off on what they said was a “sub-optimal racetrack” – those plans were halted.

Talk of a Miami GP went cold for some time before a deal was agreed in principle between F1 and the Hard Rock Stadium owners, with organisers initially targeting a May slot on the 2021 calendar.

Although that timeframe did not come to fruition either, talks continued with organisers, local officials and F1. The plan to bring a second US race to the calendar at Miami Gardens finally took a step forward last week when city councillors agreed a ‘memorandum of understanding’ between the city, Miami Dolphins organisation and F1, and passed a resolution to hold a race around the circuit.

Announcing the deal on Sunday, Tom Garfinkel, the managing partner of the Miami GP, thanked those involved in making the plans a reality.

“The Hard Rock stadium entertainment campus in Miami Gardens exists to host the biggest global events to benefit the entire greater Miami region and Formula 1 racing is as big as it gets,” he said. “We have worked with specialist designers to create a racetrack that we, Formula 1 and the FIA believe will provide great racing and we hope to create best-in-class unique fan experiences that are reflective of the diverse and dynamic nature of Miami.

“I want to thank Formula 1 and the Miami Gardens and Miami Dade County elected officials for working to bring this hugely impactful event here for years to come.”