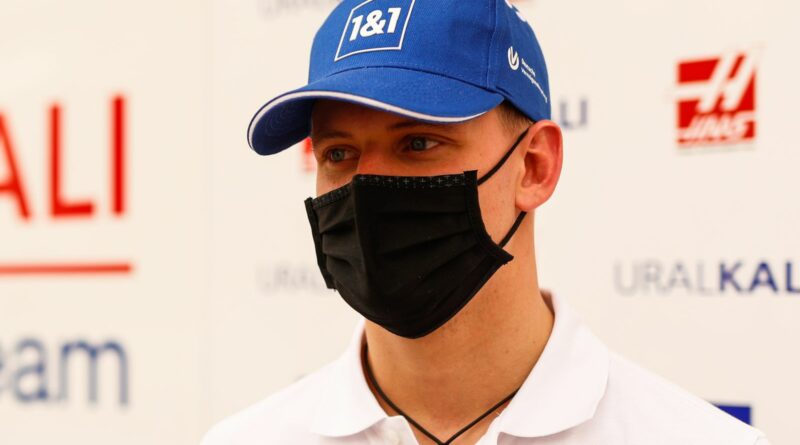 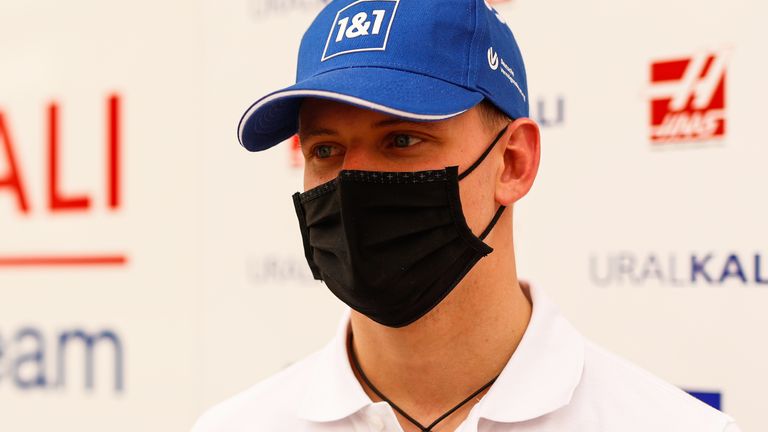 Mick Schumacher expects his 2022 F1 plans to be resolved over the sport’s current summer break, with Haas expecting to retain their existing line-up into next season.

Schumacher, the 22-year-old reigning Formula 2 champion, is in his first year at the top level and is a member of Ferrari’s driver academy.

The German driver is team-mate at Haas to fellow F1 rookie Nikita Mazepin, who joined the team on a multi-year deal at the start of this season.

“I guess it will be, almost for sure, the same two guys,” said Haas boss Guenther Steiner to Sky Sports F1 at the last race in Hungary when asked about the team’s 2022 line-up.

Max Verstappen muscles his way past Mick Schumacher, and into the points.

Schumacher, the son of seven-time champion Michael, said of his 2022 plans: “It’s probably around the summer break where things will intensify on that side.

“With Ferrari we are always in contact about it, but it has been something where I didn’t really put my thoughts to. It’s mainly the summer break where we will talk about it and see what direction we will go for.”

Although regularly competing at the back of the field this season with Haas concentrating on 2022 car development, Schumacher has regularly outperformed Mazepin and caught the eye on several occasions – notably last time out in the mixed-up race in Hungary when the German went wheel-to-wheel with Red Bull title challenger Max Verstappen.

And speaking on the F1 Nation podcast, Sky F1’s Damon Hill said: “A bit of a feisty driver is Mick.

“Max gave him a bit of biff coming out of Turn Three and moved over on him. He had already lost his bargeboards on the right-hand side and he kind of gave Mick a bit of a nudge going into Turn Four. But Mick put up a very strong defence.

“George Russell’s move around the outside of Mick was incredibly brave and he [Schumacher] gave no quarter at all. He might be in a slower car but he’s determined to fight, so we’ll be keen to see how he develops.”

Hill added: “It will be good to see him in a more competitive car in the future.”

How big an improvement can Haas make for 2022’s reset?

But while there is likely to be no change on the driver front at Haas for 2022, the team are aiming to make big changes to their competitiveness on track next year in the first season of the sport’s all-new regulations.

F1’s technical rules are being given a major overhaul in a bid to increase competition through the field, and Haas are one of the teams who hope the changes will allow them to make a step-change in fortune after slipping towards the back of the field since the high of finishing fifth in 2018. Haas’ 2022 project is being led by the highly-experienced Simone Resta, who joined the team at the start of this year as part of a strengthened relationship with engine suppliers Ferrari which also sees additional space allocated to the American-owned outfit at Maranello.

“I think development is going well,” said Steiner of the 2022 Haas car.

“I can see similarities to the years before we had our issues, like ’17 and ’16, so it looks good.

“But then again, to give you numbers or how good we will be, I don’t know yet because I don’t know how the others are [doing].

“Simone is doing a good job managing the technical team in Italy, so there’s good leadership there and I’m pretty happy with that.”

Watch out for a very special Sky Sports F1 feature when the Formula 1 season resumes at the Belgian Grand Prix on August 27-29.

Marking the 30th anniversary of his father’s debut in F1 at the legendary Belgian circuit, Mick Schumacher recently drove the iconic car that Michael first caught the eye of the world in – the Jordan 191 – at Silverstone, alongside Sky F1’s Karun Chandhok.