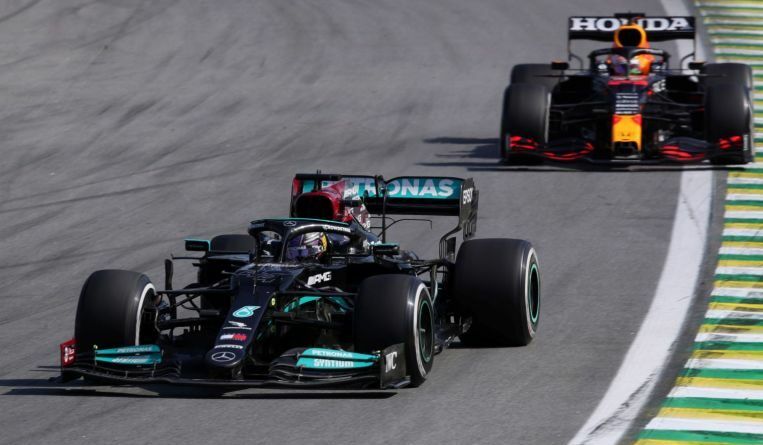 The stewards ruled ahead of the Qatar Grand Prix that while new and relevant video evidence had emerged, it was not significant.

“The competitor’s position is that this new footage provides sufficient information for the stewards to come to an altogether different conclusion than they did previously,” they explained.

“However, the stewards determine that the footage shows nothing exceptional that is particularly different from the other angles that were available to them at the time, or that particularly changes their decision…”

To meet the conditions for a Right of Review under the sporting code, a team must present evidence that is significant, relevant, new and that was previously unavailable to the parties concerned.

The pair went off track on lap 48 as Hamilton tried to pass and Verstappen defended aggressively in a move that the Briton’s Mercedes team felt should have drawn a time penalty for the Dutch youngster.

Had they done so retrospectively, Verstappen risked losing more points.

The stewards took note of the incident during the race but concluded, on the basis of the evidence they had, that no investigation was necessary.

They heard from Mercedes, who lead Red Bull in the constructors’ standings by 11 points with three races remaining, and Verstappen’s team at the Losail circuit on Thursday.

“We wanted to trigger discussion around it,” he told reporters. “I think that objective is achieved. We didn’t really think it would go any further.”

“It would have opened Pandora’s box regarding a whole bunch of other incidents that happened at that race,” he said.

Verstappen lapped fastest in first practice for the inaugural Qatar race at the Losail circuit.

The 24-year-old Dutchman, who leads Hamilton by 14 points, produced a quickest time of 1min 23.723sec in a dusty but uneventful session.

AlphaTauri’s Pierre Gasly, who also has a Honda engine, was second and 0.437 of a second slower with a late quick run.

Mercedes’ Valtteri Bottas was third on the timesheets, 0.471 off Verstappen’s pace, with Hamilton fourth.

The 36-year-old Briton was 0.786 slower than his title rival, and also ran wide over kerbs at Turn 14 before pitting with a damaged front wing.

“Are we slow on the straight or something?” the Briton asked over the radio. “No, not particularly,” race engineer Peter Bonnington replied.

Japanese rookie Yuki Tsunoda made it two AlphaTauri drivers in the top five with Ferrari’s Carlos Sainz and Charles Leclerc sixth and seventh.

The times and mid-afternoon temperatures were not representative of the rest of the weekend, with Sunday’s race held at night under floodlights. 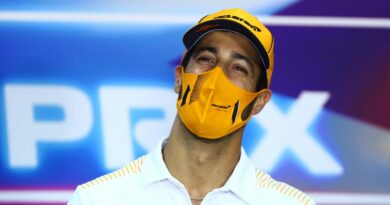 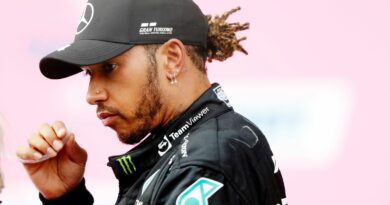