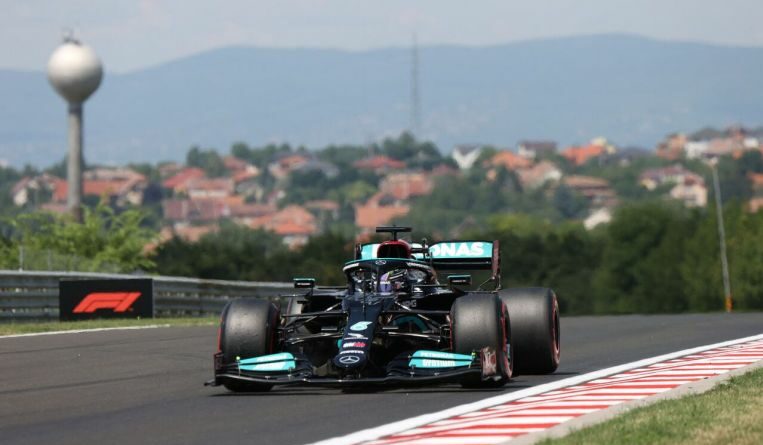 The Briton, who trails Verstappen by eight points in the overall standings, lapped the 4.3km Hungaroring in 1min 16.826sec, beating the Dutchman by just 0.088 of a second.

Valtteri Bottas, who knocked Verstappen off the top of the time sheets to set the pace on Friday’s opening day of practice, was third in the other Mercedes, 0.229sec off his teammate’s benchmark.

The final session of practice, once again run in sweltering heat with track temperatures climbing above 50 deg Celsius, set up a thrilling battle qualifying between the two title protagonists, with Verstappen gunning for his fifth successive pole and Hamilton his first in six races.

Tensions between the pair are high heading into the weekend after they collided at the last race in Britain, which resulted in a heavy crash for Verstappen with Hamilton overcoming a 10-second time penalty to win.

Spaniard Carlos Sainz, the power unit in his Ferrari changed overnight, was fourth ahead of teammate Charles Leclerc.

Briton Lando Norris was sixth for McLaren ahead of Verstappen’s teammate Sergio Perez.

Daniel Ricciardo was eighth in his McLaren ahead of Fernando Alonso, who celebrated his 40th birthday on Thursday and was ninth for Alpine.

The hour-long session was briefly halted when Mick Schumacher spun off into the barriers at Turn 11. It was not immediately clear if his Haas would be repaired in time for qualifying.

Alfa Romeo’s Antonio Giovinazzi made contact with Stroll in the pit lane after he was sent out into the path of the Canadian’s Aston Martin.

The Italian drew the attention of the cameras only minutes later for impeding the AlphaTauri of Pierre Gasly on a flying lap.