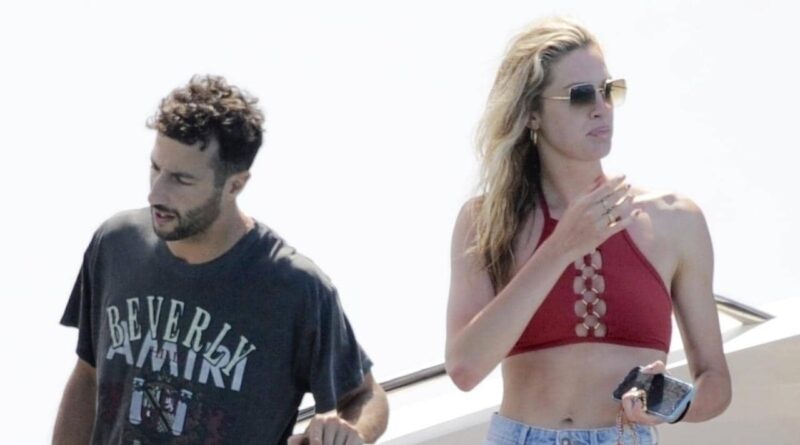 Daniel Ricciardo was living his best life on a yacht this week as he gears up for the next race on the F1 calendar.

The Aussie driver soaked up some rays near the Spanish island of Formentera in the Mediterranean with some friends as he took some time out from what’s been a stressful season so far.

Ricciardo has struggled in his debut season with McLaren, battling to find his car’s sweet spot and being outperformed by young teammate Lando Norris. He’ll be hoping his luck turns around in Baku this weekend after a disappointing P12 at his favourite track in Monaco for his last start.

The West Australian forgot his on-track woes as he enjoyed some downtime with mates, including a glamorous blonde-haired woman. The pair were spotted close to each other on the boat and at one point, walked side-by-side along a beach after disembarking.

Nothing like a stroll on the beach. Picture: BACKGRIDSource:BackGrid

Late last month it was revealed Ricciardo’s former longtime girlfriend Jemma Boskovich had moved on with another driver.

Boskovich and Ricciardo went to their Perth high school’s year 12 formal together before dating for the early part of his motorsport career. She lived with him in Monaco for several years before they split in 2016, which famously led to an awkward interview involving the then-Red Bull driver and radio shock jock Kyle Sandilands.

Boskovich recently confirmed he has begun a long distance relationship with Melbourne-based Kiwi Andre Heimgartner — who drives the number seven Ford Mustang for Kelly Grove Racing in the Supercars Championship.

“We met through a mutual friend in New Zealand and have been together two or three months,” Boskovich told The Daily Telegraph.

“We got chatting through a mutual friend and it sort of went from there,” added Heimgartner, who recently won his first ever Supercars race at The Bend.

“Some people you get on well with, some you don’t. She is very understanding. Jemma is a very nice person, so it works out well.”

Woman spills on night with Ricciardo

The development in Boskovich’s love life came after a young woman from Europe detailed her night with Ricciardo after unexpectedly meeting the F1 star while holidaying in Spain two years ago.

The Euro beauty was sightseeing on Formentera with two friends in 2019 when they met a group of lads with a pretty sizeable boat, and were invited to join them. Ayter started to get the inkling they were partying with some high-profile people and her trio ended up joining them at a house party.

“We had tickets to Steve Aoki that night — but we didn’t care because we had better plans to do,” she said.

“We ended up going to their house, we thought it was going to a huge party or something, with a lot of girls but we were the only ones there, it was the best house I’ve ever been to.”

It was when she noticed a blue tick on the Aussie’s Instagram the penny dropped he was no ordinary Ibiza partygoer.

“We had drinks, we played games, we stayed over,” Ayter said. “The day after I was swimming in the pool and Daniel was the only one awake. I was cold and he asked me if I wanted his shirt, so I swam with his shirt.

“He was the entire time making sure we were all right. They were all so, so nice. He was the coolest human.

“Daniel was the entire time dancing, making jokes, smiling. Like he has a huge heart.

“Now we finally know who he is. He’s Daniel Ricciardo, but first of all he’s an amazing human.” 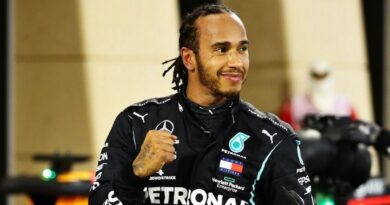