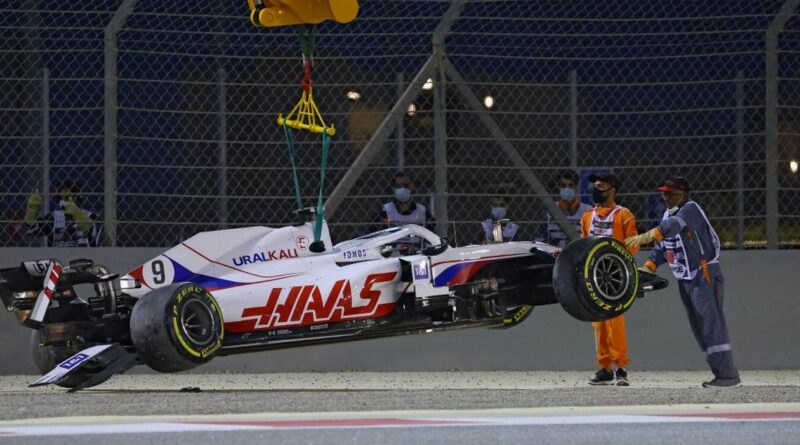 Nikita Mazepin is taking the positives from his Formula 1 debut, despite crashing out in the first lap.

Mazepin got just three turns into his first-ever F1 lap for Haas before the Russian managed to crash into the barriers at the Bahrain Grand Prix.

The controversial star had started the opening race of the 2021 season in 19th though was swiftly overtaken by Sebastien Vettel.

And three corners later, he was skidding onto the gravel before slamming into the barriers.

He was not left with any injuries from the crash, able to get out of the car and jog away – but he was ruled out of the race.

And the 22-year-old has taken to social media following the incident, seeming intent on taking the positives.

Alongside a picture of himself getting out of his car, Mazepin wrote: “A journey of a thousand miles begins with a single step. Head up.”

Mazepin has not gained many supporters since signing a multi-million pound deal with Haas.

He has courted controversy throughout his career, once appearing to touch a woman inappropriately while in the back seat of a car.

Mazepin has also been criticised for being a 'pay driver', with his billionaire father Dmitry Mazepin rumoured to be investing $20million into Haas for each of the next two years.

While he also received a one-race ban while driving in Formula 3 after punching British driver Callum Ilott and leaving him with a black eye and a swollen jaw.

He said after his F1 debut: "My tyres were cold and I got on the kerb and took too much throttle and spun. Totally my mistake.

"Very sorry for the team, because they deserve to do much better than that, so yeah, very angry with myself.

"Mick was very close, so I was very focused on making sure we don't make contact and then got on the kerb and took too much throttle and lost the car. And there was no way to catch it back."