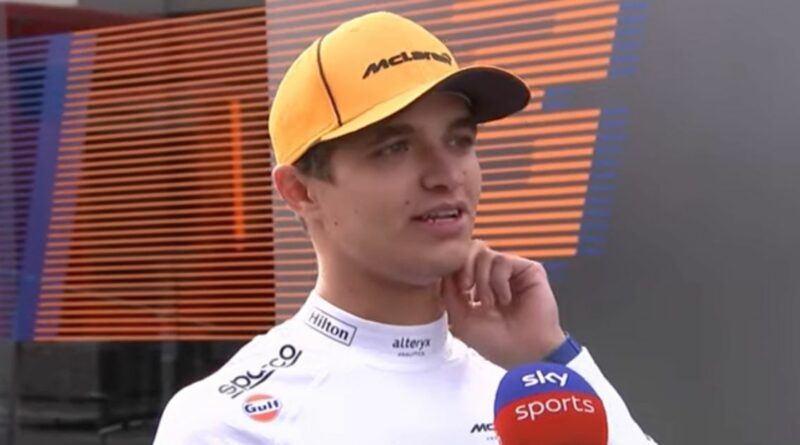 Norris had astonishingly qualified on the front row for Sunday’s race and kept that position despite coming under from Perez at the start.

The safety car was then deployed for several laps when Esteban Ocon was forced to pull to the side of the track after damaging his Alpine car.

At the restart, Perez again attacked Norris, attempting a move around the outside of the young McLaren driver at Turns 1 and 4.

On the latter attempt, Norris had the racing line and attempted to shut the door on the Red Bull driver.

That defence ended with Perez in the gravel, with the Mexican rejoining the pack down in tenth place.

Norris would be handed a five-second time penalty for his actions by the stewards, something many pundits and fans watching on would describe as harsh.

The 21-year-old shared those opinions, blasting Perez for his attempted overtake and stating his belief that was a mess all of the Red Bull man’s own making.

Were the stewards right to hand Lando Norris a five-second time penalty? Comment below.

“I thought that lap one was just racing, really. [Perez] tried to go round the outside which was a bit stupid, and he ran off the track himself,” Norris said.

“It was a lot of fun, a good race, it was exciting. But I’m disappointed because we should’ve been in second place.”

Despite serving that penalty at his single pitstop, Norris made an excellent recovery drive to claim third place, also his third podium of the year.

His impressive performances also mean that he is just three points from Perez in the driver’s world championship standings.

But he could be forgiven for feeling he could have overtaken Perez in that table, as he finished just 2.046 seconds from Valtteri Bottas in second, a gap he would have overcome without the penalty. 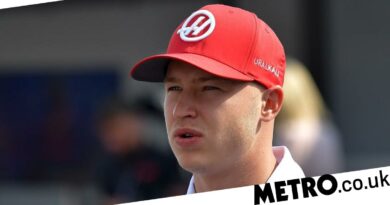 ‘I would bite back’: Toto Wolff lifts lid on early relationship with Lewis Hamilton

Niki Lauda would not have allowed Red Bull and Mercedes feud to ‘escalate’, says Helmut Marko