The father of F1 star Sergio Perez has been advised to follow the example of Max Verstappen’s dad and keep a lower profile.

Antonio Perez Garibay is a regular fixture at F1 races and was particularly visible during the Mexican Grand Prix, where his son finished third in his home race. Antonio has predicted Sergio will be a genuine title contender next year, despite ending 2022 third in the standings and well behind Verstappen. The Dutchman is Red Bull’s undisputed number one and that is unlikely to change in 2023.

But that didn’t stop Perez senior declaring in an interview earlier this month: “Checo is champion of Formula 1 now [as part of Red Bull], maybe next year he’s probably champion of drivers.”

A championship challenge from Perez would certainly increase tension at Red Bull, which has already been strained by the bust-up between the pair at the Sao Paulo Grand Prix, where Verstappen ignored a team order to let Perez by in the closing stages.

Garibay was vocal again over the Abu Dhabi Grand Prix weekend, claiming his son is cranking up the pressure on Verstappen.

“Today Max already feels the breath of ‘Checo’ in his helmet because of what he is demonstrating,” he said, reportedesto.com.mx.

“He had never had a similar partner, the others were much inferior. ‘Checo’ wins the races that Max cannot, the truly difficult ones. I find it incredible that they defend him, that is the greatest satisfaction."

Can Sergio Perez challenge Max Verstappen for the title in 2023? Tell us in the comments section below.

However, 1997 world champion Jacques Villeneuve says Antonio needs to tone down his rhetoric, insisting Sergio still has plenty to prove.

“Perez was strong at the beginning of the season, then I thought he was invisible. In the last races he revived and was competitive. But over the year as a whole, he could have done better,” said Villeneuve in column for Formule1.nl.

“2023 will be important for him. Red Bull will soon have Daniel Ricciardo [who is expected to sign as a third driver] on hand, although he will also be used a lot for marketing and media activities. He's good for that. They also talked to Lando Norris, although you shouldn’t attach too much importance to that.

“I do think that Pérez's father should keep out of it. In these times of social media, parents have a big voice that is heard everywhere.

“But that should not happen, they should not be involved. That is why you see that Jos Verstappen is less and less visible, he is being kept out more and more and that is good.” 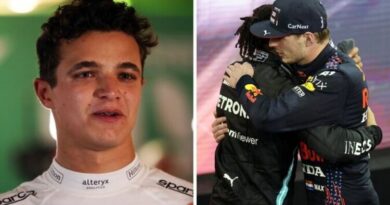 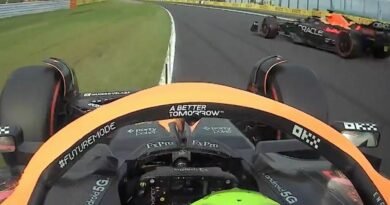