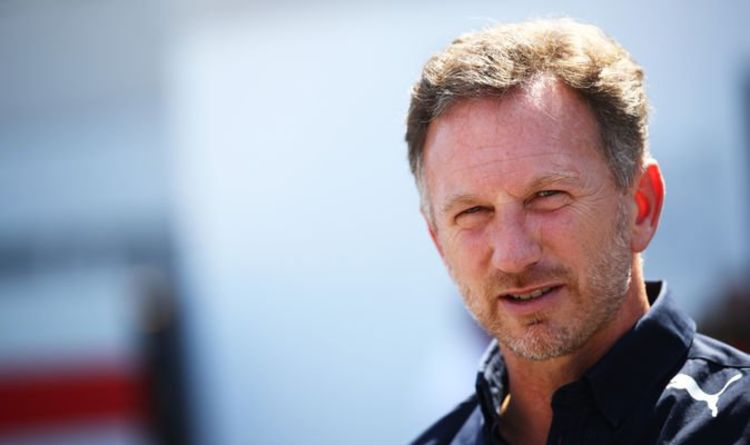 Red Bull boss Christian Horner has raised two concerns with title rival Lewis Hamilton after an up-and-down showing at Sunday’s Turkish Grand Prix. Max Verstappen regained the lead in the Drivers’ Championship ahead of Hamilton, but Austin in two weeks’ time is going to be another challenge altogether for the Dutchman to hold onto his advantage.

Hamilton qualified first on Saturday but was forced to take a 10-place grid penalty for fitting a new internal combustion engine.

He fought his way up from 11th to third, at one point planning to go the entire race without pitting for new tyres, although that decision was eventually made for him by his pit crew.

The Briton came into the pits on lap 51 and eventually he finished fifth, much to his frustration.

Verstappen, meanwhile, came home in second which is where he started on the grid.

Flying under the radar was Valtteri Bottas whose first victory of the season never looked in doubt after qualifying on pole.

Horner spoke after a good afternoon for the Red Bull team, with Sergio Perez completing the podium spots as they keep the pressure on Mercedes.

When they do battle in Austin, Verstappen will enter the race with a narrow points lead, but Hamilton’s exemplary record at the circuit means it is all to play for.

“The straight-line speed of Lewis today, he’s like 15 to 20km/h up after the kink on the straight. It’s phenomenal.

“We’ve got to find a little bit of straight-line speed. Maybe they were running a different downforce configuration. We’ve got some speed to find.

“We’ve got some tracks coming up that hopefully suit us but we know Austin is Hamilton territory so we’re going to have to be on our A game.

“Austin’s one of Lewis’ strongest circuits. We know he’s very, very quick round there. We’re fighting at it and not giving up anything.

“To be at this stage of the championship, leading the driver’s and still in touch in the constructors’, that’s phenomenal.

“For us, we’re loving this fight, enjoying this scrap. There’s some tracks going up where it could go either way.”

Mercedes certainly are in a scrap, despite the last four Drivers’ Championships falling at the feet of Hamilton and the Silver Arrows claiming the last seven Constructors’ titles in a row.

Red Bull have been operating with something of a speed deficit on their rivals in recent races, but that does not always translate to points on the board – especially when Hamilton and Verstappen come together to produce fireworks as often as they have this season. 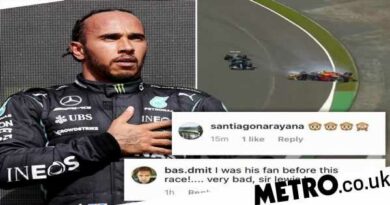 F1 Virtual Chinese Grand Prix: What time does it start, how to watch it online and on TV and driver line-up