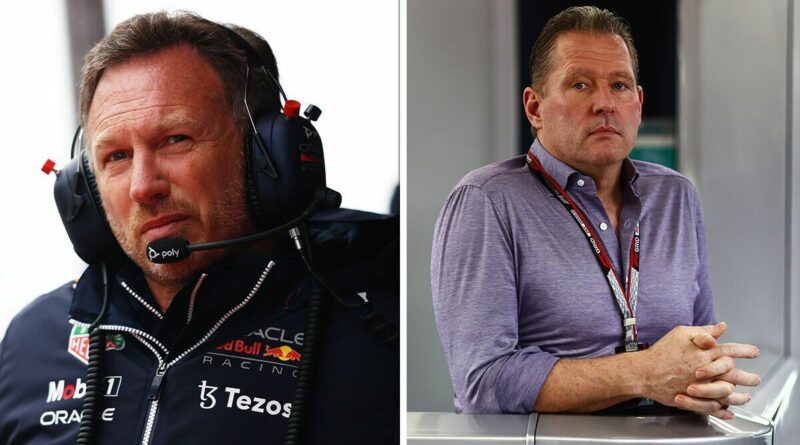 Christian Horner has hit out at Max Verstappen’s dad Jos after the former Bennetton star attacked Red Bull after the Monaco Grand Prix. Writing in his online column, Jos claimed Red Bull’s strategy in Monaco favoured Sergio Perez and criticised the team for not helping Max to the front.

The former driver said Perez’s victory had cost his son at least 10 points in the title hunt at a time when Ferrari were still quicker. However, Horner fired back, claiming the reality was ‘slightly different’ to Jos’ remarks.

He added Red Bull has no favouritism between Verstappen and Perez and claimed the number one in the team was the ‘driver that’s ahead’.

Speaking to Sky Sports F1, Horner said: “Dads and fathers are never totally objective. What wasn’t apparent was all of the information that we have during a race.

“If Max had pitted, then he would have come out behind I think George at the time. Jos is his own person and personality. He’s got opinions and that’s absolutely fine, that’s his opinion. The reality for us was obviously slightly different… it’s no issue.

“The No 1 driver is the driver that’s ahead, it’s as simple as that. That’s why Checo got the call on the pit stop, Max wouldn’t even have had track position for example on that lap.

“But, our fight isn’t between the two drivers, we’ve got a very competitive Ferrari with two fast drivers in it.” Perez’s victory in Monaco means he lies just 15 points behind Verstappen in the championship.

The Mexican has also appeared to have a slight pace advantage over Verstappen this weekend in Baku. However, Max addressed his dad’s comments ahead of the Azerbaijan Grand Prix, revealing he had talks to cool the tensions.

He said: “As my father wrote, he is not completely objective. He just wants to see me win. It’s his opinion. I also told my dad that Sunday’s events were a result of Saturday, when that red flag ruined my qualifying.

“That was the biggest problem, because in Monaco you can’t overtake. Fine, that was one race, we’ll just move on now.” Jos’ column was posted days after the Monaco race and was highly critical to the team.

“Perez actually won the race because of the earlier pit stop. The team can perhaps explain that as a gamble, but they had already seen, with for example Gasly, that the intermediates were the best option at that time. I would have liked them to go for Max, but of course I am not entirely objective. I think ten points from Max have been thrown away here.” 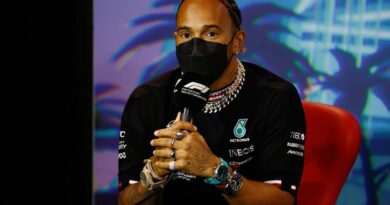 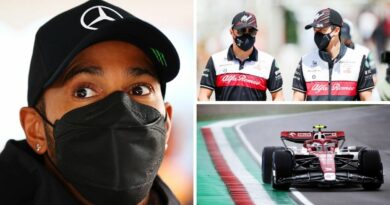