Red Bull chief Adrian Newey has opened up on Max Verstappen and the development of the 24-year-old. The Dutchman won the F1 title last year in controversial circumstances, beating fierce rival Lewis Hamilton to the prize. And he’s aiming for another triumph this term, despite having a mixed start to the current season.

Verstappen has been developing well with Red Bull over the years, having joined the team as a youngster.

And he established himself as the best driver within the sport by winning the title last term, rocking Hamilton and denying the Brit history in the process.

Newey is Red Bull’s Chief Technical Officer and has now paid tribute to the 24-year-old, opening up how he behaves behind the scenes.

And he’s admitted that while Verstappen doesn’t get into specifics, he’s always happy to reveal how the car is doing – which makes changes behind the scenes far easier.

“Max is a very good example of the modern driver,” he told Racing News 365.

“Obviously, [when] you go back to before data recorders, the only thing the race engineer had to go on really was the driver’s feedback.

“So the feedback of the driver, and the feel the driver had, was all-important.

“Now, with data recorders, you could argue that you don’t need that.

“But, in my view, in truth you do, because data recorders tell you what the car is doing.

“[But it’s] very difficult to see why the car is doing it – that’s where the driver comes in.

“So his feedback is important, and then it’s trying to marry the two.

“Max’s feedback… [he] won’t tell you, ‘I think I should stiffen the front spring’ or something [like that].

“But he will tell you, in great accuracy, what the car is doing. And that, for the engineer, is incredibly important.”

New also thinks Verstappen’s natural ability and determination to improve is also what makes him such a formidable F1 driver.

“What makes any great sportsman?” he stated.

“Obviously, you have to have a unique genetic makeup that makes you good at whatever your sport is, so Formula 1 is [the] judgement of speed, reactions, balance, etc.

“That gets you to a certain level and, of course, you see some drivers that are naturally very good, but don’t perhaps achieve as much as they should do.

“And you see other drivers who are the opposite.

“I think Max is one of those ones that combines both – where he has an obviously tremendous natural ability, but he also has an inner determination and grit to him that shines through.”

And that was certainly a boost, with the Red Bull star previously forced to retire at the Bahrain Grand Prix the week before.

Mercedes, in contrast, have struggled with Lewis Hamilton now facing a huge fight to win the title.

And Christian Horner has now insisted he has ‘no feelings’ on the issues of the Silver Arrows, saying: “They are struggling. I have no feelings about their competitiveness.

“Obviously I’m focused on our competitiveness in what’s a very intense fight with Ferrari at the moment.

“I have no doubt at some point Mercedes will join that battle, but my focus is very much on our team.” 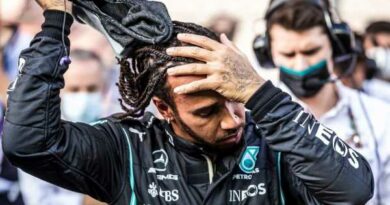 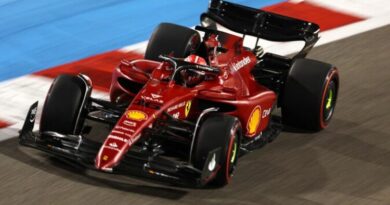