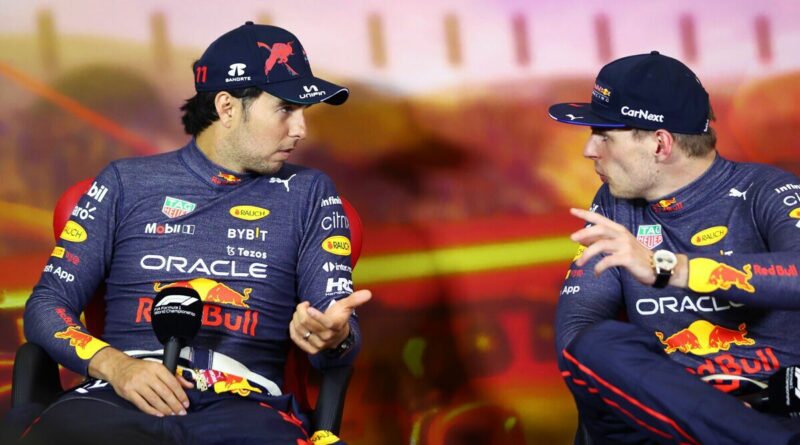 Red Bull may be ‘rueing’ that they didn’t switch Max Verstappen and Sergio Perez earlier on in the race, according to former British F1 star Tiff Needell. He claimed if Red Bull had switched the cars at the start of the race Verstappen ‘would have won the Grand Prix’.

Red Bull decided to pit a lap later than Ferrari when switching to dry tyres in the changeable conditions. The overcut allowed both Red Bulls to set faster times than the Ferrari’s on their in-laps and get the jump.

It ensured Perez could take the lead of the race, ahead of Carlos Sainz, while Verstappen jumped ahead of title rival Charles Leclerc. Speaking on his Lovecars on the Grid podcast, he said: “Earlier on the two Ferrari’s were pulling away from Perez. I was expecting them to switch Max with Perez earlier on.

“It didn’t happen, of course if they had done that Max would have won the Grand Prix. Maybe Red Bull are ruing the fact they didn’t switch them earlier on.

“People shout team orders, you mustn’t have them. But team orders to me are you pay two drivers millions of pounds a year and they do what you tell them to do for the good of the team.”

Verstappen managed to score three more points than his rival but switching earlier on could have yielded more points. If Leclerc had finished fourth and Verstappen won, he would have extended his lead by at least 13 points.

This could have been reduced to ten if Sainz allowed Leclerc through near the end but would have still yielded extra points in the championship hunt. The decision not to use the strategy to play into Verstappen’s advantage could put Red Bull on a collision course with the reigning champion.

Verstappen’s father Jos has attacked Red Bull for not favouring the championship leader. He claims the team had ‘thrown away’ at least ten points in the title fight at a time when Ferrari still had the better car.

He said: “Red Bull achieved a good result, but at the same time exerted little influence to help Max to the front. That he finished third, he owes to Ferrari’s mistake at that second stop of Charles Leclerc. The championship leader, Max, was not helped in that sense by the chosen strategy. It turned completely to Checo’s favour. That was disappointing to me, and I would have liked it to be different for the championship leader.

“Perez actually won the race because of the earlier pit stop. The team can perhaps explain that as a gamble, but they had already seen, with for example Gasly, that the intermediates were the best option at that time.

“I would have liked them to go for Max, but of course I am not entirely objective. I think ten points from Max have been thrown away here. Especially with the two retirements we’ve had, we need every point. Don’t forget that Ferrari currently has a better car, especially in qualifying.” 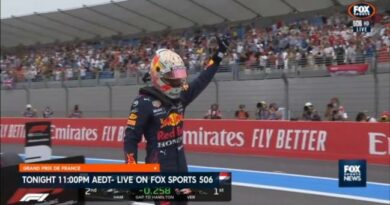