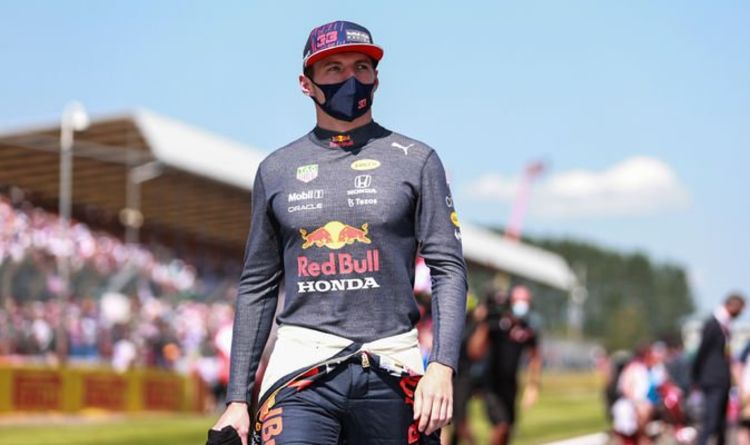 The Red Bull team have spoken out after Lewis Hamilton was subjected to racist abuse on social media after colliding with Max Verstappen at the British Grand Prix. The Brit went on to claim a famous victory in the race, narrowing the gap in the race for the world title.

The Red Bull statement read: “While we may be fierce rivals on-track, we are all united against racism.

“We condemn racist abuse of any kind towards our team, our competitors and our fans.

“As a team, we are disgusted and saddened to witness the racist abuse Lewis endured yesterday on social media after the collision with Max.

“There is never any excuse for it, there is certainly no place for it in our sport and those responsible should be held accountable.”

A number of fans directed gorilla and monkey emojis towards Hamilton on social media after the collision which ended Verstappen’s race.

The pair went wheel-to-wheel in a breathless opening lap at Silverstone, before a gutsy Hamilton move at Copse corner sent the Dutchman crashing into the tyre wall.

Hamilton was handed a 10-second penalty which he later served in the pits.

He dropped down to fifth place, but the 36-year-old upped the pace to stage a remarkable comeback and clame a record-breaking eighth British Grand Prix victory.

Verstappen took to Twitter himself after the race, stating that Hamilton had put an end to his afternoon by making a ‘dangerous move’.

The 23-year-old was sent to hospital after being severely winded by the 51G crash, although he walked away from the scene and was later discharged.

The Red Bull team were distraught at what they felt was a malicious move from the seven-time champion, with team advisor Helmut Marko calling for a one-race suspension for the Brit.

Team boss Christian Horner claimed Hamilton could only enjoy a ‘hollow victory’ at Silverstone, while Verstappen’s father, Jos, believes that the Englishman should have been disqualified.

The result leaves Hamilton just eight points behind Verstappen going into the Hungarian Grand Prix next time out.

A dramatic Grand Prix weekend sparked fierce debate on social media, and whether people view the incident as a natural racing move or a dangerous manoeuvre, Red Bull and the vast majority of race fans stand together with Hamilton against the abuse he has received online.