Robert Kubica was given a round of applause by Lewis Hamilton, Sebastian Vettel, Daniel Ricciardo and Max Verstappen on the eve of his first Grand Prix weekend for eight years.

The Pole, 34, will take to his specially-adapted Williams in Melbourne after nearly losing his life, then his arm, in a rally crash in northern Italy.

The sporting comeback was applauded by the Mercedes, Ferrari, Renault and Red Bull drivers as the quintet took part in a press conference. 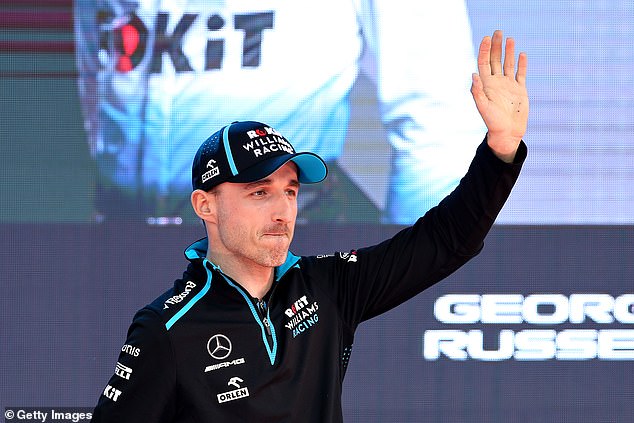 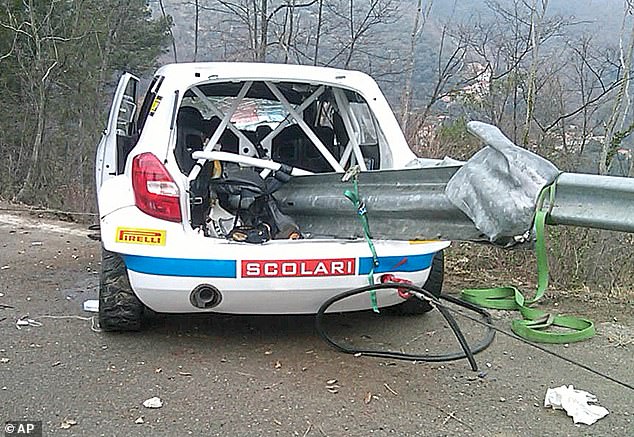 A piece of guard rail tore through the Skoda car, almost costing Robert Kubica his life 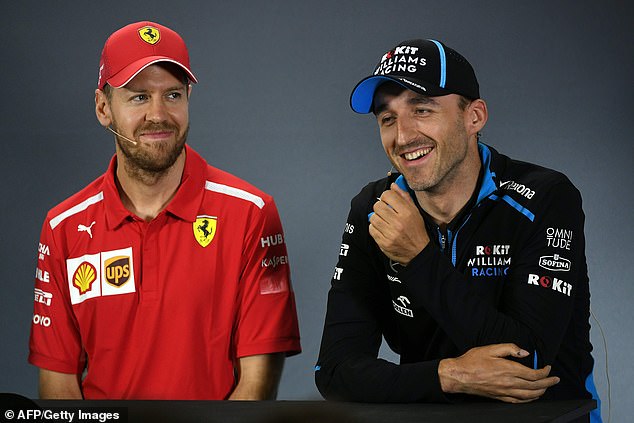 He was given a warm welcome by his fellow Formula 1 drivers, including Sebastian Vettel

Kubica, who has been partnered with British rookie George Russell in the Williams, joked that he had enjoyed a longer winter break than most.

‘I’ve tried to learn as much as I can about new F1 – things have changed quite a lot since I was racing here last time.

‘We didn’t have a perfect start to winter testing so there are a lot of things to be checked to see how they will be.

‘There are still things to sort out and the guys are pushing really hard.

‘There is no point of wasting energy and time and thinking of difficult moments, we just need to do our job.’ 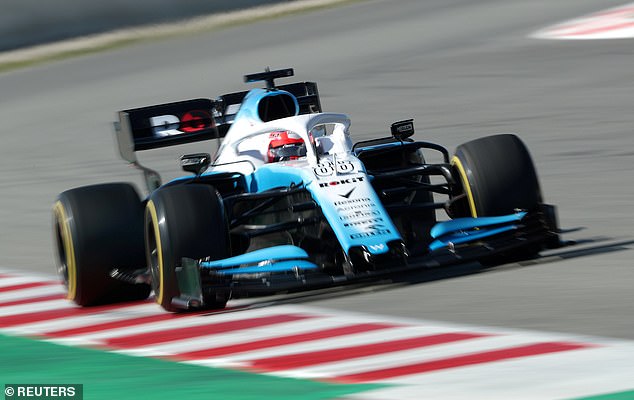 Ricciardo said of Kubica’s return: ‘It’s awesome to see him back here. I’ve known him from when I moved here back in 2007.

‘It’s just testament to his character and I won’t ask for everyone to applaud but I really think it’s awesome for him to be here.’

The Australian then led his fellow drivers in applauding the former Sauber and Renault driver, who will start his 77th Grand Prix on Sunday.