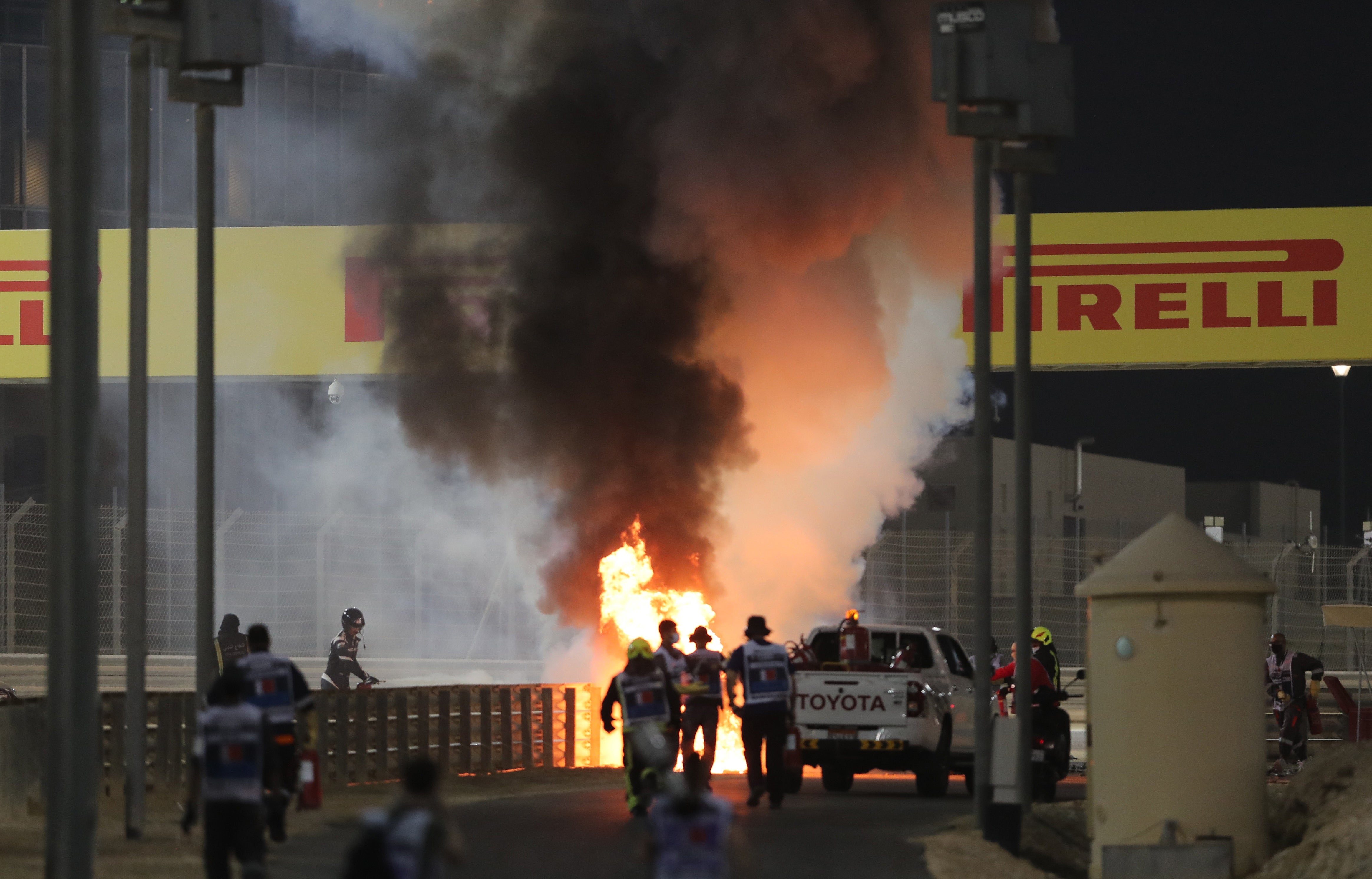 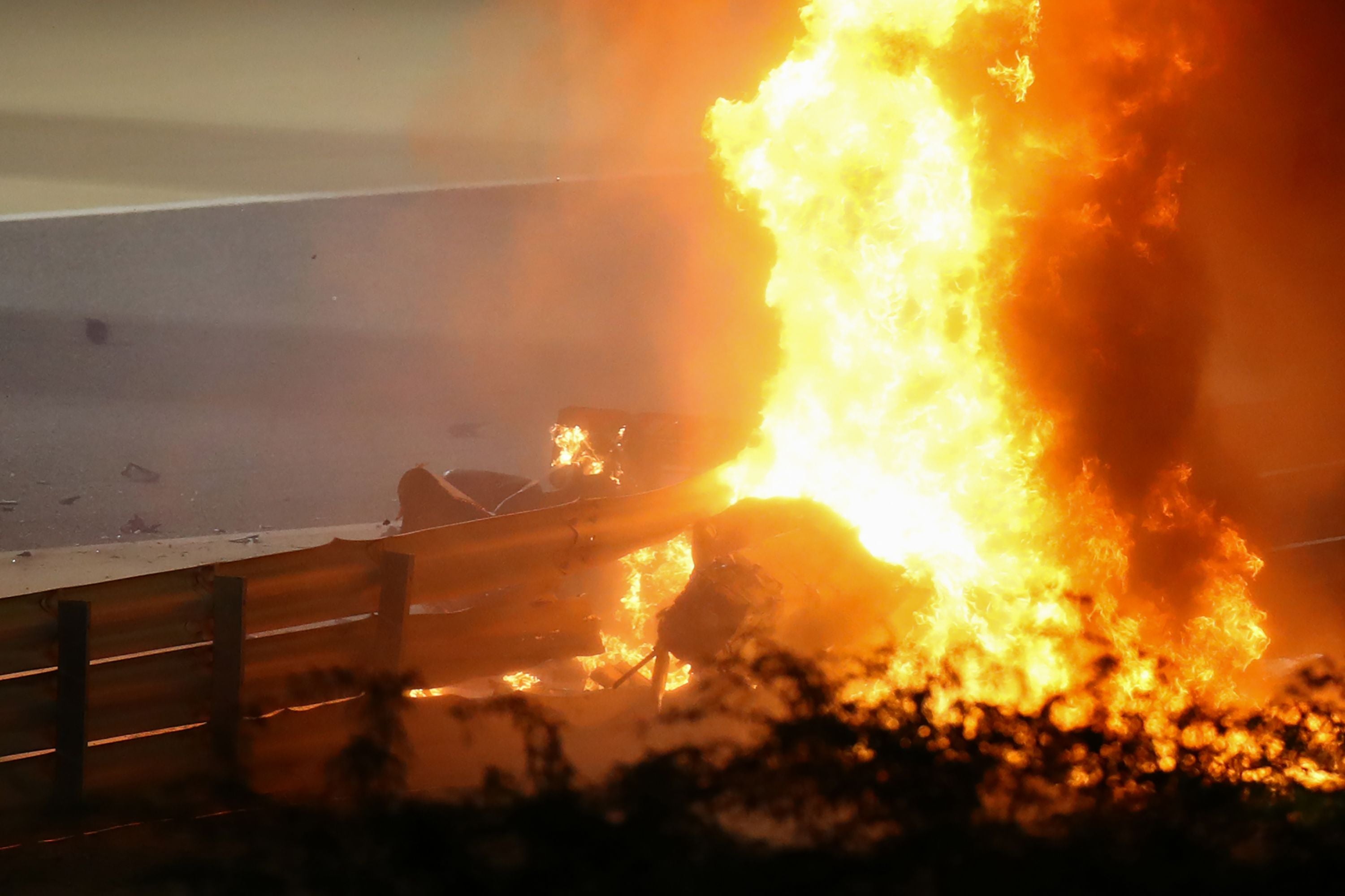 The Frenchman was running towards the back of the field when he veered from left to right to try and overtake, unaware that the AlphaTauri was alongside. The contact speared Grosjean into the ArmCo barrier with the front of his Haas penetrating the metal surface and ripping through it, with a tyre sent flying over it and into the in-field.

The contract resulted in the car being torn into two, with the power unit and complete rear suspension coming apart from the cockpit due to the force in the accident, resulting in the fuel cell being exposed and immediately igniting into a fireball. 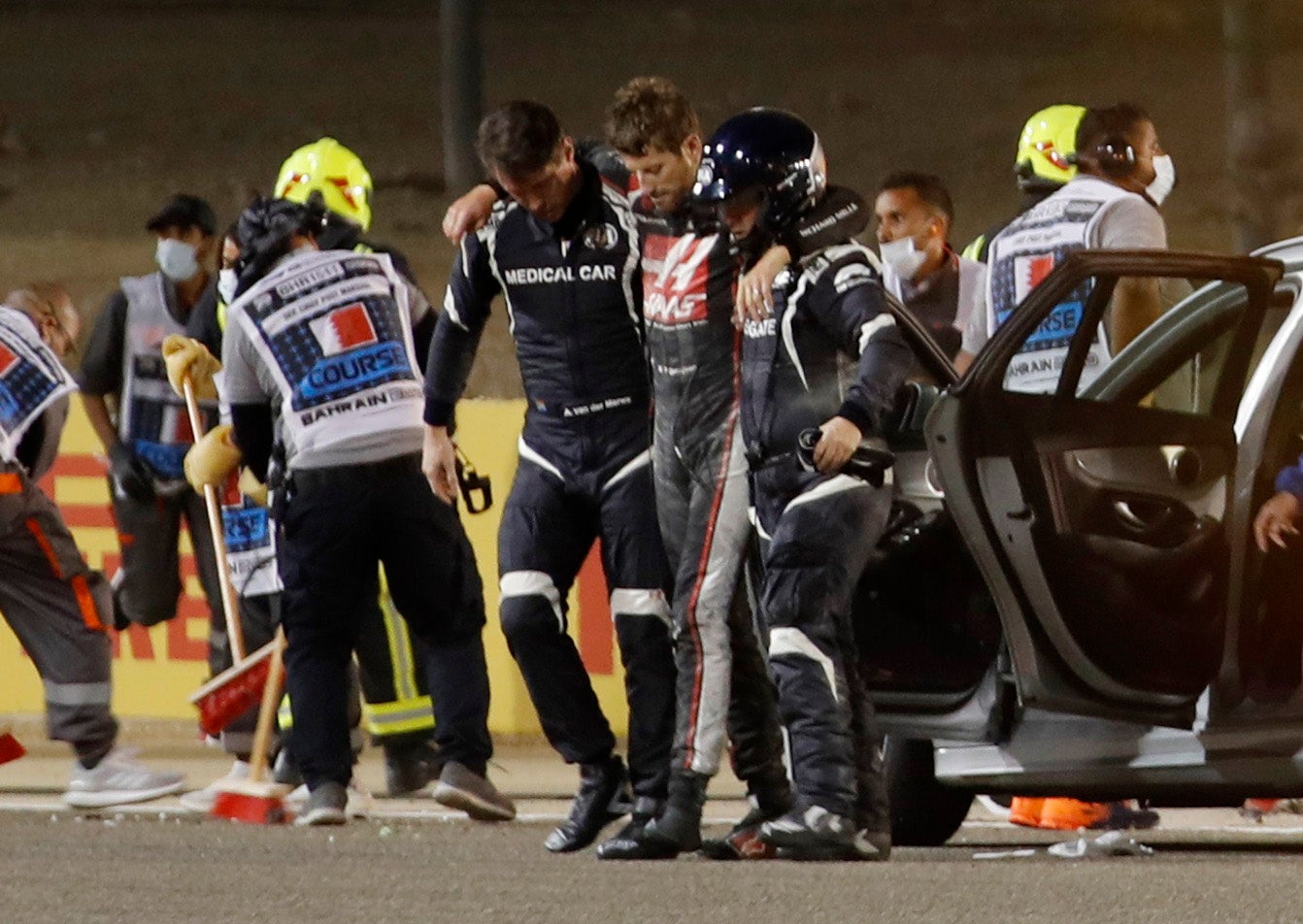 Footage captured Grosjean jumping over the barrier as flames surrounded him, with the time between the moment of impact and his eventual emergence from the flames around 19 seconds.

The medical car, which starts at the back of the grid in the event of such accidents taking place, was immediately on the scene, with Dr Ian Roberts rushing to Grosjean’s aid as driver Andy van der Merwe helped the effort to put flames out on his overalls. 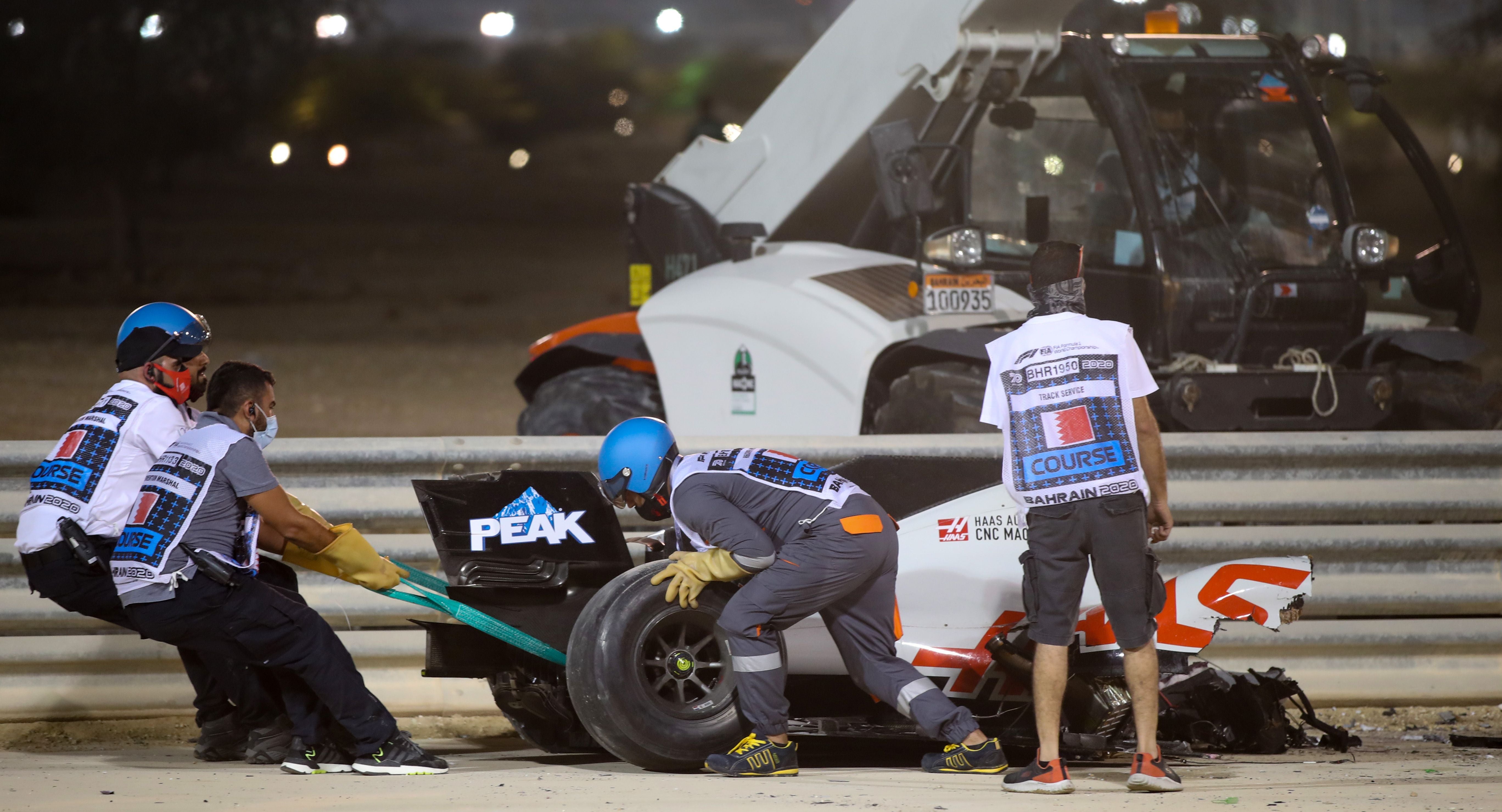 FIA race director Michael Masi immediately red flagged the race and brought the cars back to the pits, with extensive barrier repairs being required to the section where Grosjean crashed. An update confirmed that at least 45 minutes would be needed to replace the complete ArmCo section that had been damaged before a full race restart could take place.