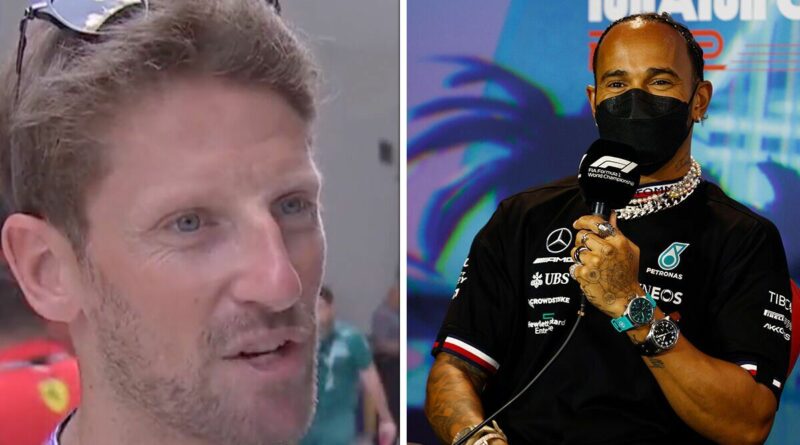 Romain Grosjean has claimed he would not want to race without his wedding ring which ‘protected’ him during his fiery crash at the 2020 Bahrain Grand Prix as he defended Lewis Hamilton’s position. Grosjean suggested the jewellery did not play any part in his escape after his terrifying 119mph crash in Sakhir.

Speaking to Sky Sports F1, Grosjean said: “In all fairness I didn’t really look at it that much. I’ve been wearing my wedding ring my whole career, my watch.

It comes after FIA bosses have cracked down on banning jewellery at this weekend’s race. They have made jewellery checks and fire-proof underwear as part of the teams’ scrutineering checks.

It means team bosses must confirm drivers have removed the items before they are allowed to race. Failure to follow the rules could result in fines, grid penalties or even disqualification from the event.

Hamilton hit back against the rules in today’s press conference, claiming the rule was ‘unnecessary’.

He said: “I feel almost like it’s a step backwards, if you think of the steps we are taking as a sport and the more important issues and causes we need to be focused on. I think we’ve made such great strides as a sport. This is such a small thing. I’ve been in the sport for 16 years, I’ve been wearing jewellery for 16 years.

“In the car I only have my earrings on and my nose ring, which I can’t even remove. It seems unnecessary for us to get into this spat.”

Grosjean’s 2020 crash is often used as an example of why the ruleas have to be introduced. In his pre-event notes Wittich claimed having jewellery behind the wheel can cause ‘delay’ to medical help in the event of a crash or extra injuries.

Wittich said: “Metallic objects, such as jewellery, in contact with the skin can reduce heat transmission protection and thus may increase the risk of burn injuries in the event of a fire. The wearing of jewellery during the competition can hinder both medical interventions as well as subsequent diagnosis and treatment should it be required following an accident.

“In the worst case the presence of jewellery during imaging may cause further injury. Jewellery in and/or around the airway can pose specific additional risks should it become dislodged during an accident and either ingested or inhaled.” 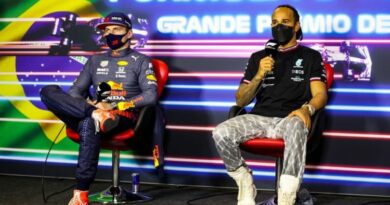 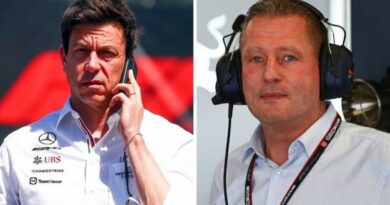