Soaking Sochi! Final Russian Grand Prix practice session is cancelled and qualifying could even be pushed back to Sunday as heavy rain, lightning and thunder hit the track

The final practice session ahead of the Russian Grand Prix in Sochi has been cancelled because of inclement weather, which could also affect qualifying.

Heavy rain has fallen on the Black Sea resort overnight and continued in the morning, with Sochi also hit by thunder and lightning.

The weather conditions prompted FIA officials to call off the third and final practice session scheduled for Saturday morning. 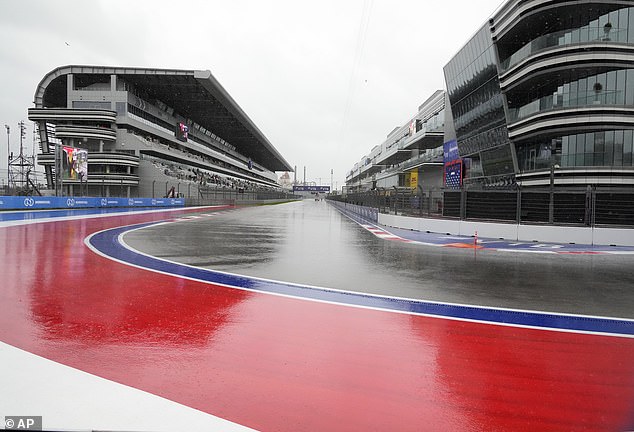 ‘In the interest of safety [the decision has been taken] to modify the Official Programme by cancelling Free Practice Session 3 due to Force Majeure,’ a statement from race officials read.

‘For the purposes of the regulations and associated time limits, Free Practice Session 3 will be considered as having taken place, except where otherwise advised by the Race Director.’

Torrential rain is expected to continue until approximately 2pm local time (12pm BST) and FIA race director Michael Masi said he would ‘judge conditions at the time’ to determine whether qualifying can get underway as scheduled at 3pm local time (1 pm BST). 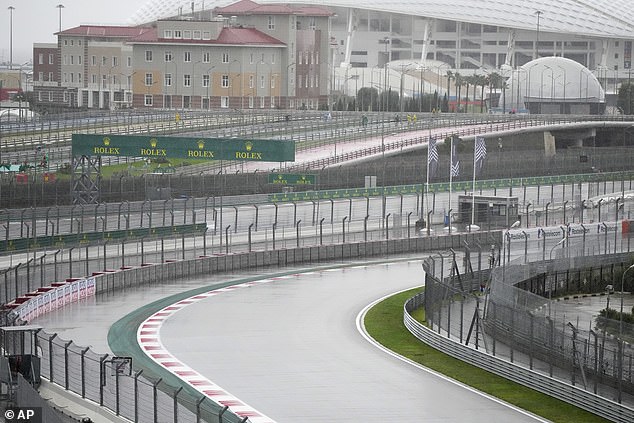 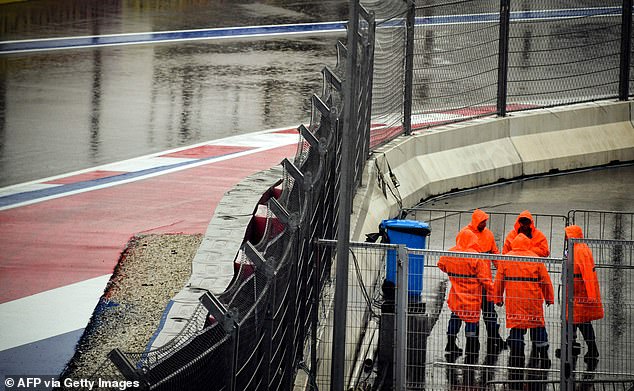 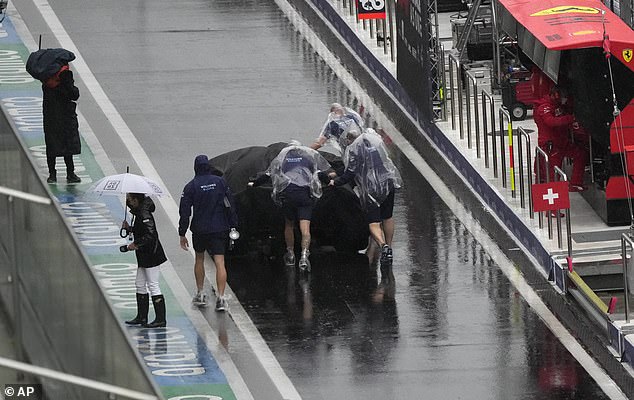 Masi also suggested the qualifying session could be pushed back to Sunday if the weather didn’t improve sufficiently on Saturday.

‘If qualifying isn’t able to happen today, as we’ve seen a few times before in the past, then we will re-do a programme and hold qualifying on Sunday morning,’ he said.

Light could also become a factor as sunset in Sochi falls at 6.15pm local time (4.15pm BST) on Saturday.

It is not the first time adverse weather has wreaked havoc on the current F1 season.

In August, the Belgian Grand Prix at Spa-Francorchamps was delayed by three hours and 17 minutes after the start was formally suspended after two exploratory formation laps due to heavy rain falling on the circuit from early morning.

When the race eventually got underway it lasted just three laps, all of which behind the safety car, and will go down as the shortest race in the sport’s history. 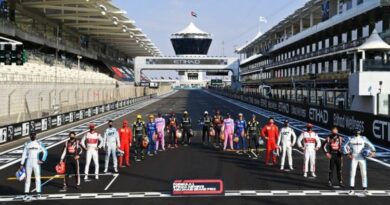 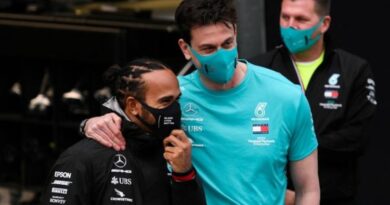