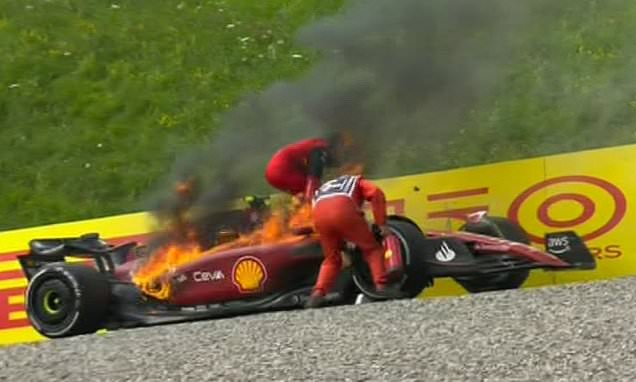 Carlos Sainz suffers a terrifying moment at the Austrian Grand Prix as his Ferrari’s engine explodes and catches fire at the side of the track, with the Spaniard only JUST jumping out in time as flames engulfed the car while it rolled backwards down a hill

Carlos Sainz had to jump out of his car in the Austrian Grand Prix after it caught fire.

The incident occurred following an engine blowout on lap 58.

Sainz’s car was rolling backwards and he just managed to get out in time. 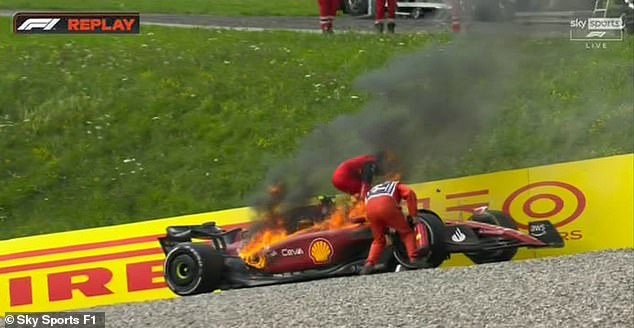 The Ferrari driver’s race came to an early end after his car was engulfed in flames on a hill.

Having pulled his car to the side, he stayed behind the wheel for a few seconds as the flames started to spread.

It is the fourth mechanical fault that Sainz has suffered this season. 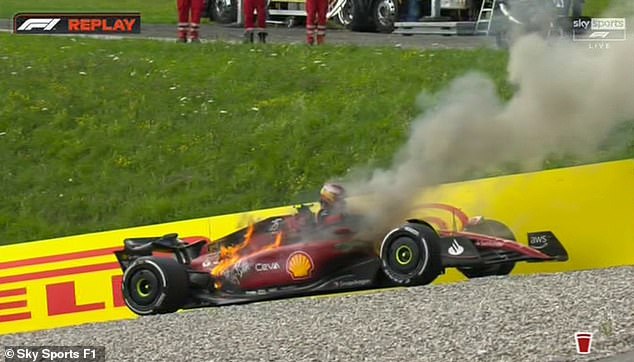 The incident occurred on lap 58, with Sainz just managing to get out of the car in time 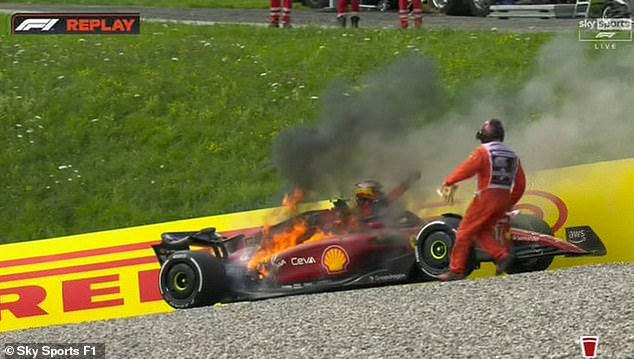 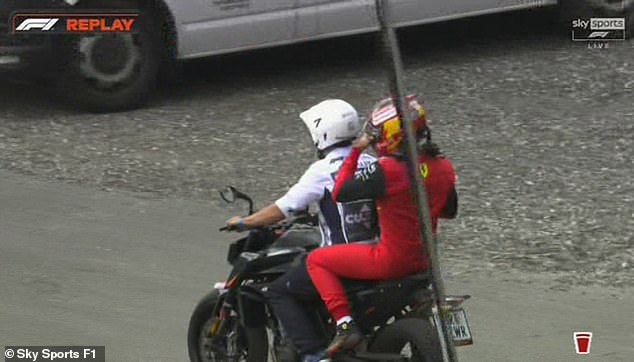 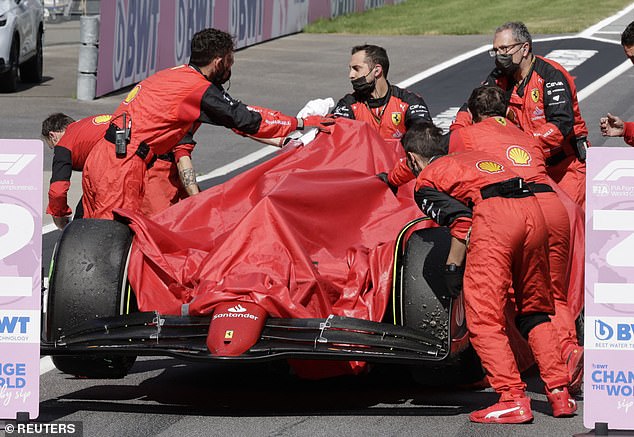 After escaping the incident, Sainz managed to make his way back to the paddock.

The 27-year-old cut a dejected figure, with his car having suffered significant damage.

Sainz had been in third place in Austria, behind Max Verstappen and Charles Leclerc.

He was on fresh tyres and looked set to secure a second place finish.

Leclerc ended up winning the race despite a late throttle issue. Verstappen was second, with Lewis Hamilton in third. 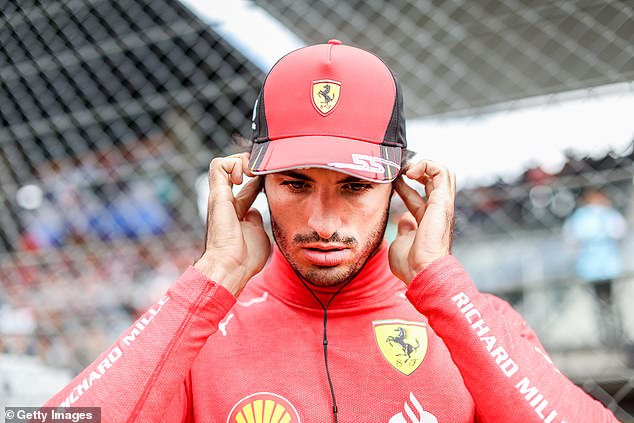 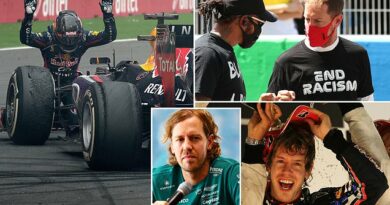