Saudi Arabia has offered assurances to F1 after a controversial weekend. Following a rebel missile attack on an oil facility only 12 miles from the Jeddah Corniche Circuit during qualifying, many began to speculate on the circuit's future in the sport.

A meeting between drivers, team principals and officials stretched into the early hours of the next morning where the concerns of the competitors were addressed and the race ultimately went ahead. As it stands F1 have no plans to tear up their contract with the middle-eastern country. Saudi Arabia’s minister for sport, His Royal Highness Prince Abdulaziz Bin Turki Al-Faisal reassured F1 and travelling fans they will do all they can to put their minds at rest.

“We haven’t got into the details yet, but we are open to discussions,” he said, quoted by Motorsport.com. “We are open to sit down, see where the issues are, what the assurances are they need."

He added: “Whatever they want, we are here to host F1 as best as it can be anywhere in the world. So we will definitely have an open discussion with them to see what their feedback is, to discuss with them and see what their concerns are about. We will show them everything.” Lewis Hamilton has previously voiced his concerns about racing in Saudi Arabia due to its human rights record.

The Mercedes driver famously commented at the inaugural Saudi Arabian Grand Prix in 2021 that he felt "uncomfortable" being there as a result.

Asked last weekend if his attitude had changed, Hamilton said: "I don't really know what to say. My position is still the same as when I spoke here last year." But Prince Abdulaziz is of the belief that the presence of F1 in the country will help to drive positive change.

“We are here for a long-term partnership for a reason because we see where we are going,” he said. “We want to grow with the sport. We know the importance of F1 and we want to be part of the international community. We want to be present. We want everyone to come to Saudi Arabia and feel as if they are going anywhere else in the world.

“These issues unfortunately do happen, they happen everywhere in the world and we have to deal with them in the best possible way.” Saudi Arabia has made strides in the sporting world in an effort to change perceptions of their nation.

They brokered a deal with WWE which now sees Vince McMahon’s mega corporation hold yearly shows in the country. While this wasn't the case initially, women are now allowed to wrestle in Saudi Arabia, as WWE stars Natalya and Lacey Evans competed in the first-ever women’s wrestling match in 2019. 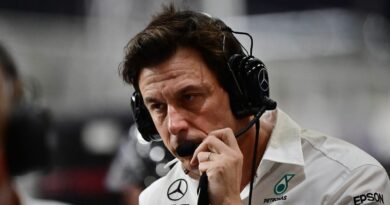 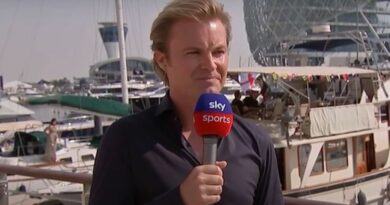