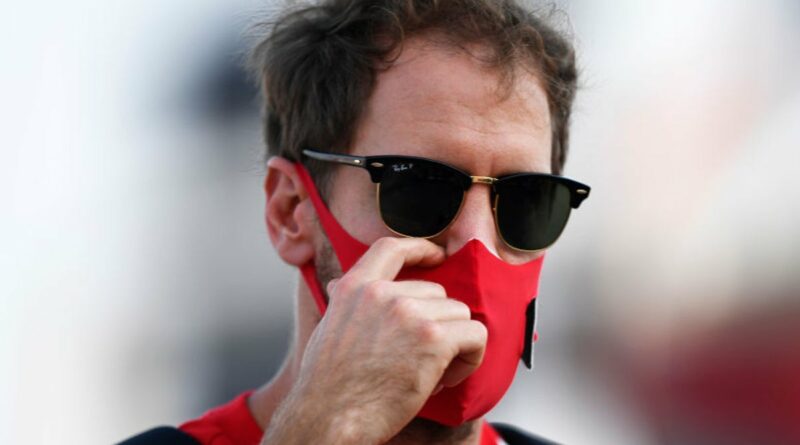 Sebastian Vettel says he has made peace with his final-year Ferrari horror show and believes he can be a Formula One world champion again.

Vettel endured a miserable end to his six campaigns with Ferrari after he was told his contract would not be renewed before he finished 13th in the standings.

But following his transfer to Aston Martin – with the historic British name returning to the F1 grid after more than six decades away – the 33-year-old is ready to move on to the next chapter in his career.

“It is not a secret that last year I wasn’t at my happiest,” he said. “I know it wasn’t to my standards, that I was below myself, but I am very much at peace with it.

“I think I have another world championship in me. It has been in me before and it was a big relief winning the first one and knowing you can do it. Since then, I don’t see why it is not there anymore. I am not too old and I still have a long time in me.

“Things are different here than Ferrari because the team is growing. It is not about the fancy looks and the fancy chairs in the office but the work done behind the scenes and from what I have seen the people are very talented.”

Only Lewis Hamilton and Michael Schumacher have won more grands prix than the German’s 53 victories.

Vettel, who won four consecutive titles with Red Bull between 2010 and 2013, added: “I am not interested in what people think, but more about making a point to myself and the team.

“I am pretty sure when I say goodbye to Formula One I will be forgotten very quickly, but that is OK, that is healthy and that is why I am not too bothered about proving a point.

“[Five-time world champion] Juan Manuel Fangio was very special but if you ask a 15-year-old now who Fangio is, they wouldn’t know.

“F1 moves quickly and you are always judged on your last couple of results. In my case, you can have more than 50 wins and people think you are just average, but that is how it goes.”

Aston Martin owner Lawrence Stroll – the 61-year-old Canadian, who made his £1.85bn fortune through investing in fashion brands including Michael Kors and Tommy Hilfiger – has set his team the lofty target of fighting for world championships.

A budget cap has been introduced for the first time in the sport’s history with the hope it will bring the field closer together.

Team principal Otmar Szafnauer said it will be three to five years before Aston Martin are in a position to fight for glory.

But Vettel added: “Formula One is changing and maybe you don’t need those three to five years anymore. Maybe it will shrink and the hope is that everyone will be closer to the top and not just finish on the podium because the guys at the front retired or crashed.”

Vettel will drive alongside Lance Stroll at Aston Martin this season. The new campaign begins in Bahrain on 28 March.

Ferrari hopeful ahead of Russian GP, but Mercedes still ‘the benchmark’