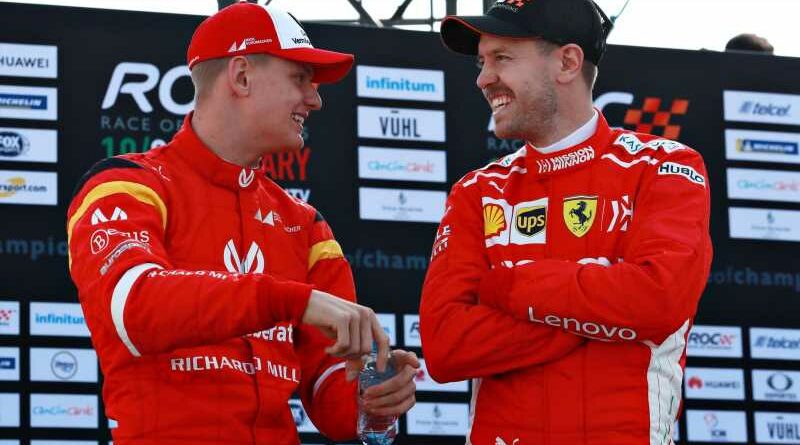 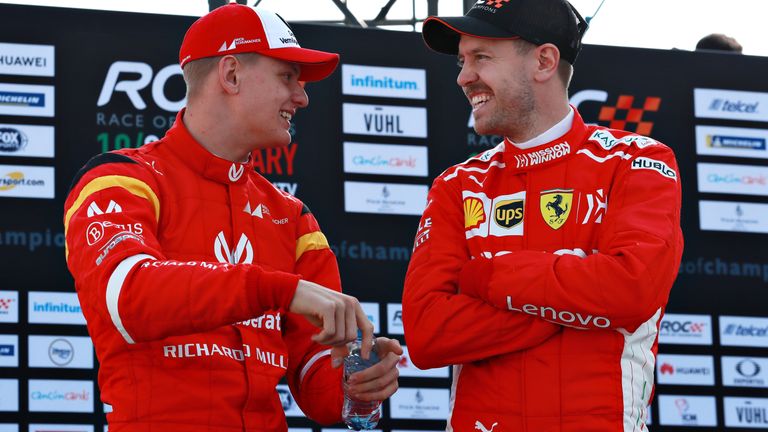 Sebastian Vettel says he will be “happy to help” emerging star Mick Schumacher in Formula 1 – much like Mick’s legendary father gave advice to a young Seb – but insists the 2021 rookie will also have to “find his own path” in the sport.

Schumacher, 21, is preparing for his debut F1 season this year with Haas and arrives with a big reputation – not just because of his seven-time champion father Michael, but also because of a successful junior career which included a well-deserved Formula 2 title triumph in 2020.

Vettel, a fellow German, idolised Michael Schumacher as a youngster and says Mick can certainly lean on him for advice as he gets set to test out his skills against F1’s very best.

“I still am a Michael fan. and I’m happy to help where I can,” said Vettel. “Mick is a great guy and I obviously have a very special connection to his father. 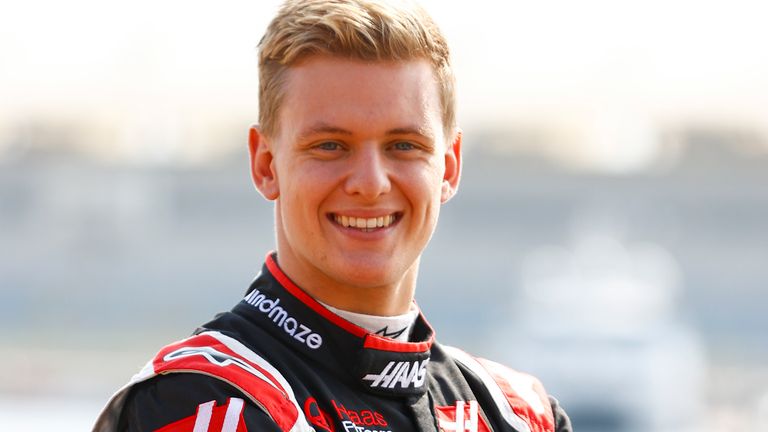 “It’s a shame that Michael is not able to witness Mick’s progression in the last years and his step now into Formula 1.

“From my side, I really like him, we get along well, and I’m happy to tell him everything I know.”

Vettel raced against Michael after the F1 icon returned to the sport from 2010 to 2012, with Seb winning the title at the end of all three of those campaigns.

In a recent interview with German publication Bild, the young Schumacher said that “I think what my dad was to Sebastian, he is for me someone that I’m close to”. 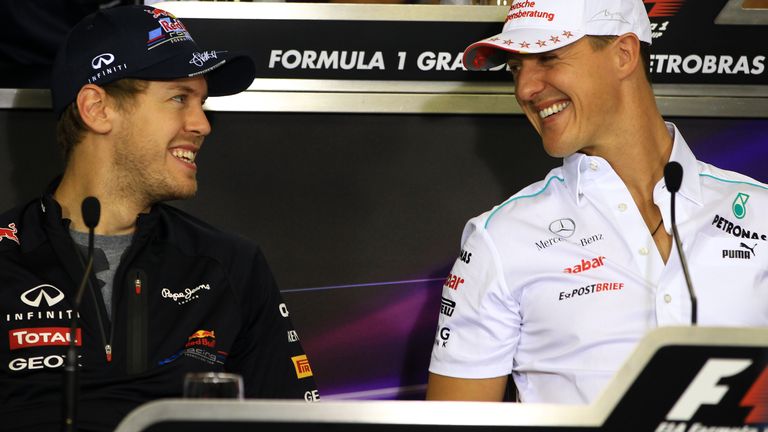 Vettel responded: “I’m flattered! Obviously I watched his father win a lot more races than he could have watched me win!”

Asked if he would be a father figure to Mick, Vettel then explained that he felt it was also important for him to forge his own F1 path.

“I will be happy to help, but the way I look at him, I see him as a person,” said Vettel, who has joined Aston Martin from Ferrari for 2021. 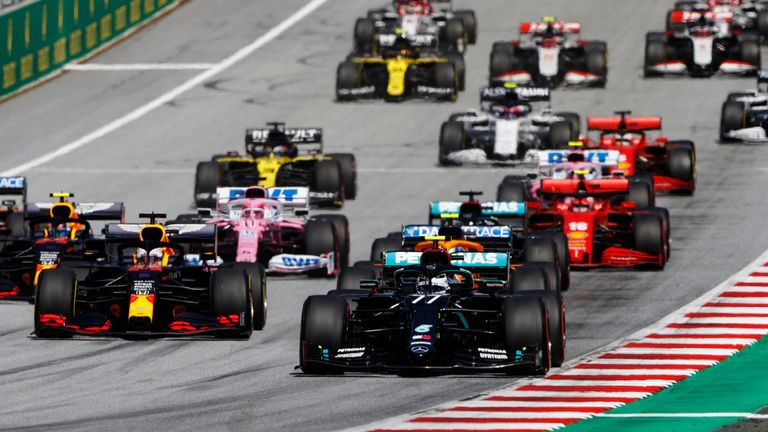 “Where I can help him in his life or on track, with some of the things that I went through in my career, I’m happy to help.

“But I think it’s very important for him to find his own path and follow his own way. As much as it helped as Michael had some things to say when I asked, and gave me advice, I’m trying to do the same to him.”