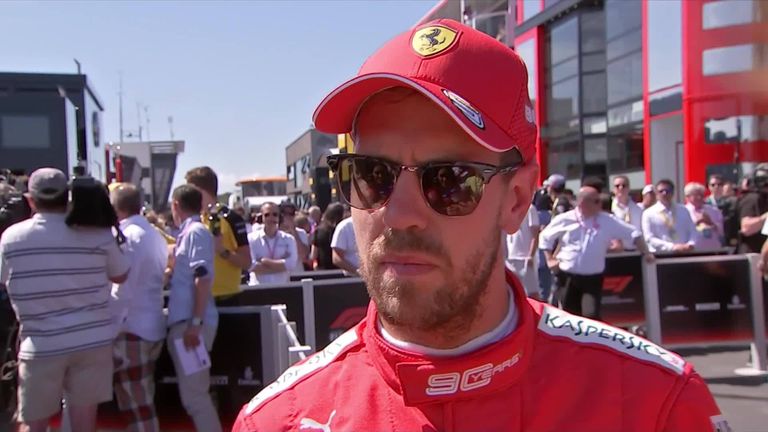 Sebastian Vettel offered no excuses for his French GP qualifying result as his disappointing weekend suffered a fresh blow.

A day after stewards gave short shrift to Ferrari’s attempt to get Vettel’s victory-losing penalty in Canada overturned, the German could only qualify seventh at Paul Ricard – easily his worst Saturday result of the season.

A suspected gearbox glitch forced him to abandon his first Q3 lap, while his second and final attempt was 1.5s off the dominant Mercedes pace to leave him directly behind both McLarens on the grid on row four.

“Not great,” a downcast Vettel told Sky Sports F1. “Up and down – some laps I felt really good, others I didn’t.

“Obviously in the end I didn’t get the best out of the car which is not satisfying but, as I said, it was difficult for me as some laps were really good and other laps, I don’t know why I didn’t have the grip I seemed to have the runs before. 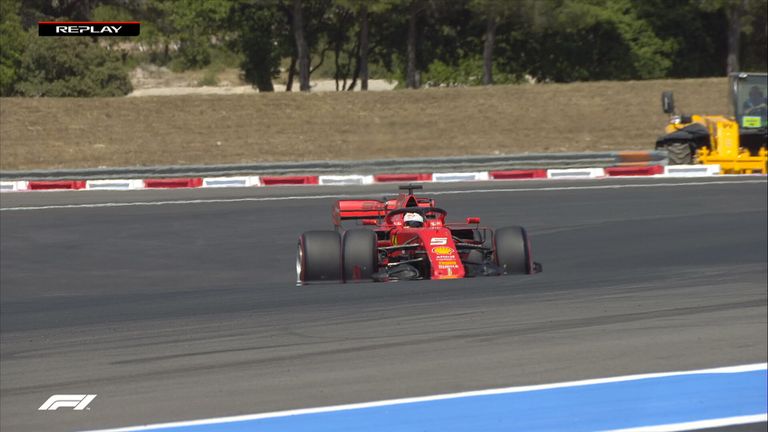 “It’s a shame it happened in Q3, it would have been better if it had happened in the other segments.”

Although team-mate Charles Leclerc qualified a more representative third, Ferrari’s deficit to Mercedes at the front was a sobering six tenths of a second – despite the team having started weekend with a fresh round of car upgrades.

“We reverted on most of them, so obviously not the step we expected,” Vettel conceded. “But we have good pace to have a good race. Mercedes is far away, but we should be in the mix with Red Bull.”

Analysing Vettel’s troubles, Sky F1’s Paul Di Resta said: “If you’re a little bit out of the zone in this Ferrari, it doesn’t work.

“All weekend he’s been two and three tenths off and when you try that little bit extra bit, sometimes it’s worse than sitting where you are and accepting it.

“But I’m sure he will come through it and be comfortably around fourth and fifth in the race but it depends when he gets to Max [Verstappen] exactly where that is.” 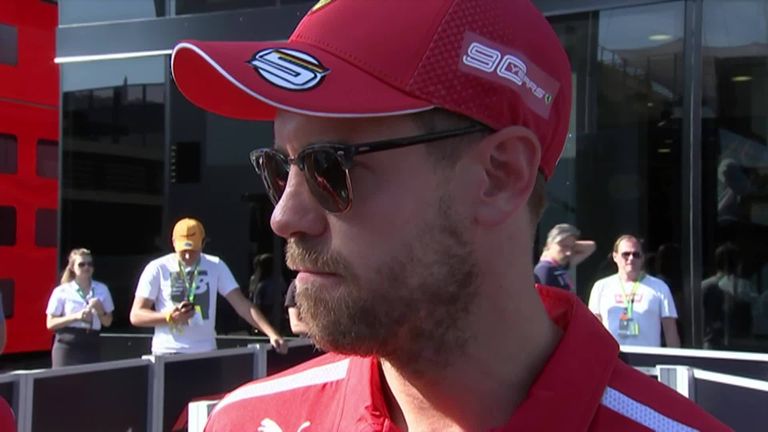 Has Ferrari’s Canada challenge distracted Vettel?
Although the four-time world champion wedded his long-time partner Hanna in the break between Canada and France, Vettel arrived at Paul Ricard with the fallout from the previous race ongoing as Ferrari pushed for a right of review against the controversial time penalty.

“You look at him and he seems all out of sorts. He’s got to reset himself, I think,” Hill said.

“Seb has got the talent, he’s a great driver, but he’s doing himself down somewhere. He’s getting distracted by the Canada thing and he didn’t come here in a good mood and you need to be in a good mood to drive well.

“Drivers are not machines and the mind is either positive or negative. And if you go in with a negative, you find little faults with the car, with the balance, everything is all wrong and it doesn’t flow.” 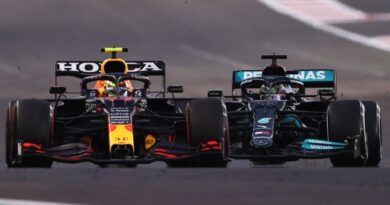