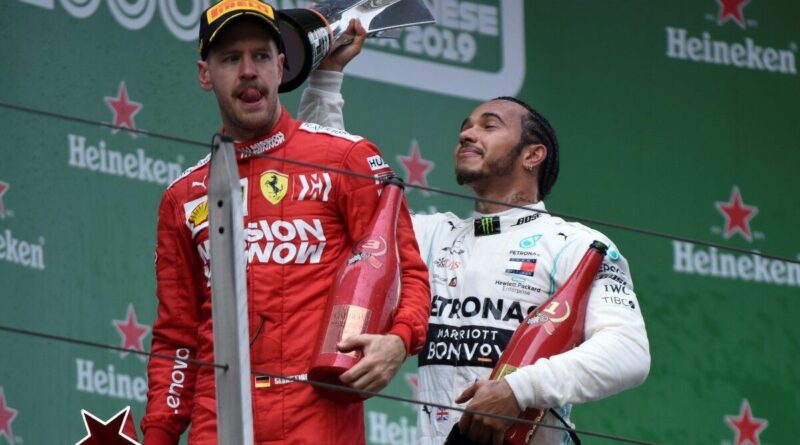 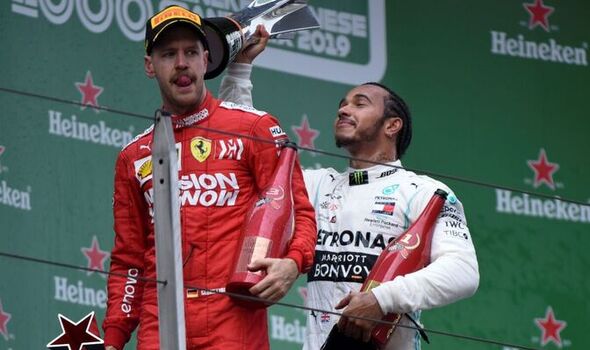 All great drivers in F1 history have dealt with heated rivalries throughout their careers and while Sebastian Vettel mellowed in the latter years of his career, Lewis Hamilton and Mark Webber proved to be his biggest adversaries with some intense run-ins. It’s set to be an emotional scene at the Yas Marina circuit in the Aston Martin garage when Vettel walks away from F1 for the final time.

His peers have paid respect to Vettel’s career this week with both Max Verstappen and Hamilton leading the tributes to the German driver. Hamilton even picked up the bill in Vettel’s farewell dinner with all the other F1 drivers on the grid earlier this week.

But it wasn’t always a cordial relationship between the two F1 greats having entered the sport together in 2007. Both Hamilton and Vettel lived up to expectations when they were first tipped as future multiple world champions.

Sebastian Vettel’s move to Ferrari saw fireworks sparked in his rivalry with Hamilton and it all came to a head at the 2017 Azerbaijan Grand Prix. Whilst behind the Safety Car, Hamilton was leading from Vettel before the Ferrari driver drove into the back of his championship rival.

Vettel reacted furiously, driving up alongside Hamilton and banging wheels with the Mercedes star. The four-time world champion complained that Hamilton brake-tested him, but was ultimately seen at fault and given a 10-second stop-go penalty.

Hamilton ultimately came out on top in the 2017 season as Ferrari were unable to keep up with Mercedes’ upgrade packages. The 2018 season followed in the same vein with some brilliant on-track battles between the pair.

Hamilton and Vettel have both since admitted that their challenge for the championship in 2017 and 2018 ultimately brought them closer as friends. Vettel’s most explosive rivalry though was arguably during his Red Bull days alongside Mark Webber.

The most controversial incident between the pair came in the infamous ‘Multi 21’ race in Malaysia back in 2013. The Red Bull pair had already endured a fractious relationship as teammates before but the Malaysian Grand Prix nine years ago proved to be the catalyst.

Webber held the lead from Vettel with Red Bull giving a ‘Multi 21’ team order – instructing their drivers to maintain position. Vettel defied the order with 13 laps remaining, passing Webber to snatch the victory and sparking unsavoury scenes between the pair after the race.

Webber ended up retiring from F1 after the season and the pair took some time to fix their relationship. There were several other battles for Vettel throughout his career with former team-mates Kimi Raikkonen and Daniel Ricciardo.

But Vettel will largely be remembered for his skills as a racing driver and his four world titles will see him go down as one of the best drivers in F1 history. 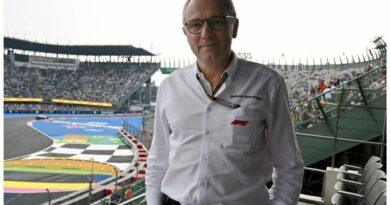