‘We spoke a lot about Formula E and he’s been following it very closely’: Sebastien Buemi says Fernando Alonso is eyeing Formula E as Spanish driver waits to confirm plans for 2020

Sebastien Buemi has revealed that Le Mans 24 hour team-mate Fernando Alonso has been keeping close tabs on Formula E amid speculation that he could join in the all-electric car racing series in the near future.

Buemi, who races for Nissan e.dams, is gearing up for his home ePrix in Bern, Switzerland after winning the World Endurance Championships alongside Alonso in Le Mans last weekend.

Both Buemi and Alonso, along with Kazuki Nakajima, drove Toyota’s No 8 car in France and stole victory with an hour to go after sister car No 7 was hit by a double puncture. 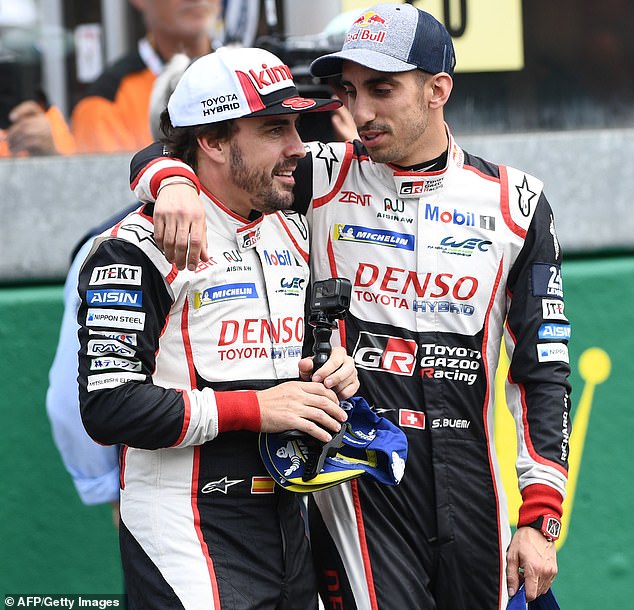 Alonso has yet to confirm his plans for 2020, while the founder and chief executive of Formula E, Ajeandro Agag, has made it publicly known that he wants the Spaniard to race in FE.

And Buemi, who is a close friend of the two-time Formula One world champion, revealed he had spoken to him about switching to the series ahead of this weekend’s ePrix.

‘Of course!’ said Buemi when asked about whether he had encouraged Alonso to follow him into the electric motorsport.

‘We spoke a lot about Formula E, and he’s been following it very closely.

‘But he has lots of objectives in his career still so I don’t know what he’s going to do.’

Buemi and Alonso secured their second consecutive Le Mans title last weekend, something Alonso said has ‘made up’ for the bad luck he has suffered in F1 since his last world championship title 13 years ago.

Buemi meanwhile is aiming to use his success in France to kick-start his Formula E season. 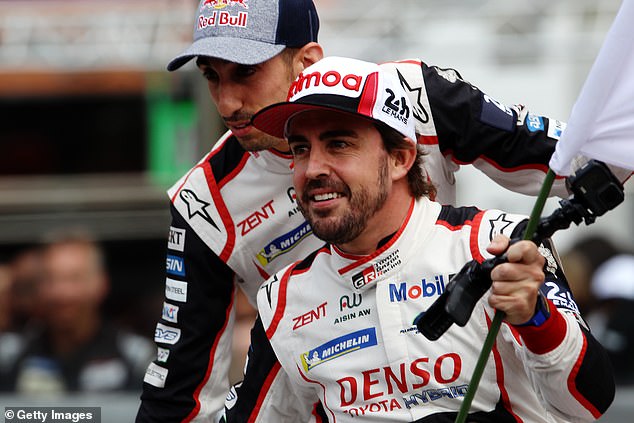 Speaking on Friday, he added: ‘It’s a different championship so its different situation but I’m happy because it’s always emotionally good when you win a race.

‘You feel really pumped and look forward to going to the next race.

‘It’s quite strange that the two most important races of the calendar happen to be one week after the other, so I’m trying to enjoy the week in Bern and achieve a strong result tomorrow.’

Buemi, who also raced in Formula One for Toro Rosso between 2009 and 2011, is the most successful driver in the history of Formula E, with 12 race wins and 22 podiums since the series’ inception five years ago.

This season has been much more challenging for the Nissan driver. Remarkably, he is yet to pick up his first race win, and he currently sits 10th in the drivers’ standings with three races remaining.

But the 30-year-old secured pole position and a second-place finish in Berlin last time out, and the Swiss driver is hoping to kick on in his home ePrix on Saturday. 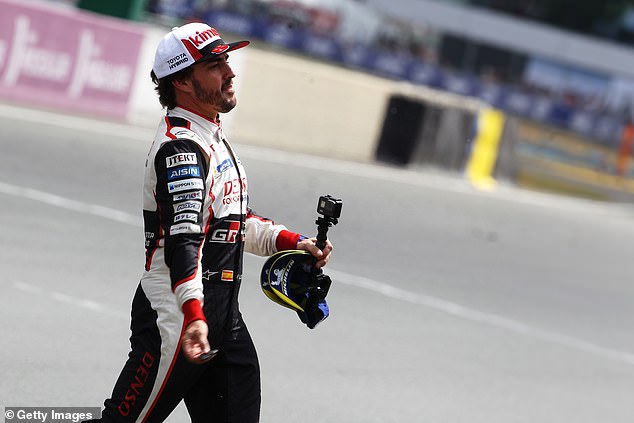 ‘We’ve been in contention for podium finishes for many races but unfortunately for different reasons it never worked out,’ he said.

‘So it was good to finally nail a weekend properly (in Berlin), with pole position and then of course the podium at the end.

‘I knew we could do it, now we’ve done it once hopefully we can do it again and it will be amazing to achieve a similar kind of result here in Bern for my home race.’

Buemi added: ‘There have been many Swiss drivers before me that have not had the opportunity to race in Switzerland so I consider myself a lucky one and try to do the best possible job.

‘I try to enjoy it as much as possible, you never know if it’s ever going to happen again, so I had the opportunity last year, I finished fifth, so hopefully I can do better this year.’

The ABB FIA Formula E Championship continues on Saturday June 22 with the Julius Baer Swiss E-Prix broadcast on the BBC Red Button, BBC iPlayer and the BBC website at 5pm.