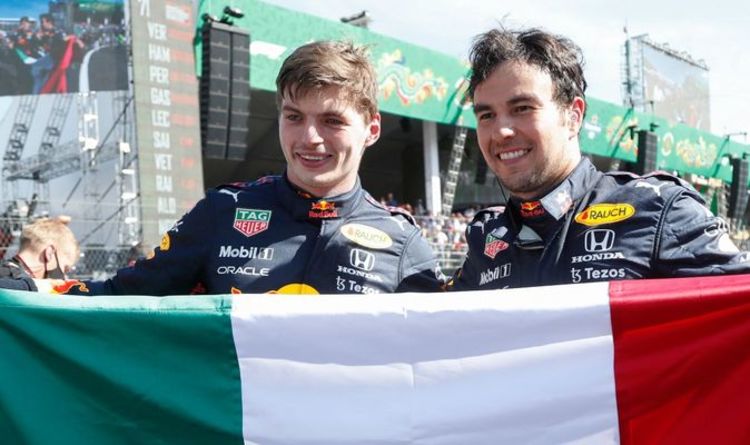 Sergio Perez has outlined when he will be looking to depart Red Bull with rumours circulating about him being replaced as Max Verstappen’s team-mate. Perez is gearing up for his second season with the F1 giants after finish fouth in the drivers’ standings.

Despite a long-term deal, Perez was dropped by Racing Point in 2020 leaving his Formula One career in tatters at the age of 30.

However, the Mexican was given a lifeline by current employers Red Bull, after he was brought in to team up with Verstappen to replace the struggling Alex Albon.

Perez’s start to life at Red Bull was somewhat of a struggle, however the second half of the 2021 campaign saw the 31-year-old come to life as he played an integral role in helping Verstappen to his first Formula 1 title.

Despite a fourth place finish in the drivers’ standings, Perez’s Red Bull future has been questioned in recent months.

However, the Mexican has revealed he personally would only call time on his stay at his current employers when he stops ‘enjoying’ himself.

Perez told The Edge podcast “At the time that I don’t enjoy it, it’s the time I have to go home because I don’t need to be here anymore.”

The 31-year-old did have his contract extended for the upcoming 2022 season, and he believes he can repay Red Bull by challenging for the world championship.

He continued: “I am here because I fully believe that I can be a world champion and because I enjoy working with my team, and that’s it.

“I’m very thankful to Red Bull for extending my contract.”

Red Bull have announced themselves as one of the sport’s leading constructors alongside rivals Mercedes in recent years, and the team secured their first drivers’ title in eight years after Verstappen’s triumph last month in Abu Dhabi.

Discussing what it is like to work for one of the sport’s top setups, Perez revealed: “It’s a lot of work, it’s a lot of demand, you’re in the spotlight all the time.”

He continued: “That makes it very, very intense compared to a team that, let’s say, is not fighting for the world championship, or is not a big brand like Red Bull is.

“So that makes it more challenging.”

After playing a somewhat back seat role in Verstappen’s title victory in 2021, Perez has admitted he aims to get himself in the championship race for the upcoming season.

The Mexican commented: “For next season, I want to be in the fight for the [drivers’] world championship myself. We start with new rules, new cars.

“We all start from zero. So that’s the main thing for me, to try to get there.” 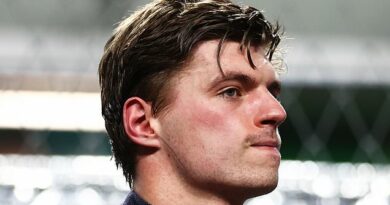